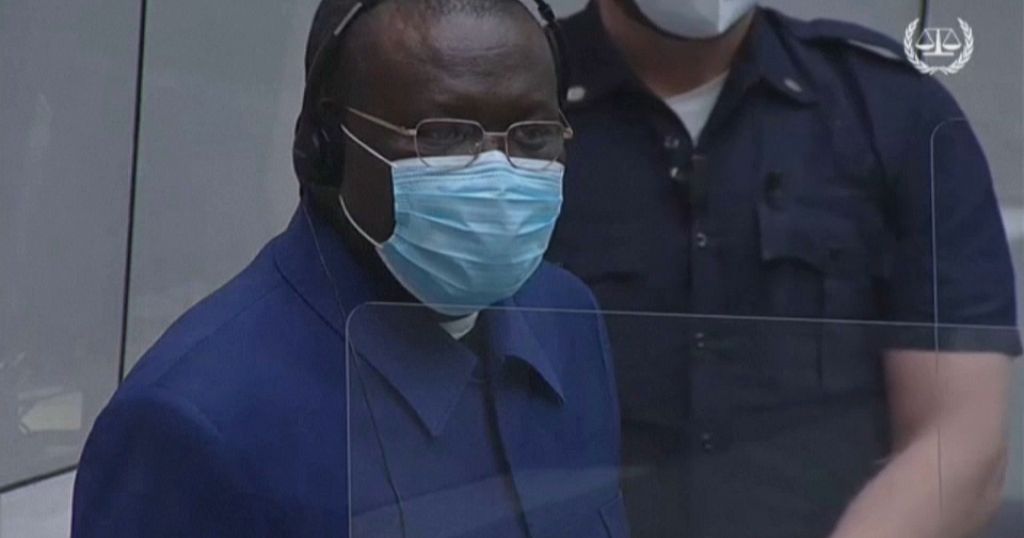 A former top Central African Republic football official and a militiaman nicknamed Rambo pleaded not guilty to war crimes charges as their trial began on Tuesday at the International Criminal Court.

Ex-sports minister Patrice-Edouard Ngaissona was allegedly a senior leader of mainly Christian anti-Balaka militias as the country slid into civil war in 2013, while Alfred Yekatom, an MP, is accused of commanding them on the ground.

“I don’t recognise myself in the charges brought against me, I am not guilty,” Ngaissona, 53, speaking through a coronavirus mask, told the court in The Hague when asked by the chief judge to enter a plea.

Yekatom, 46, gave a similar response, saying: “I categorically state that these counts are not correct. I reject all the charges that you laid against me.”

The trial comes against a backdrop of continuing unrest in the CAR, with rebels waging an offensive against the government of current President Faustin Archange Touadera.

The two men face charges of war crimes and crimes against humanity including murder, torture, mutilation, persecution and the conscription of child soldiers from 2013 to 2014.

“This day is an important day for justice,” prosecutor Kweku Vanderpuye told the court.

“The evidence in this case will establish Ngaissona’s and Yekatom’s criminal responsibility beyond any reasonable doubt.”

Ngaissona was arrested in France in December 2018 and then extradited to The Hague. At the time he was head of the CAR football association and a board member of the Confederation of African Football (CAF).

FIFA has banned him from football for six years after finding him guilty of charges including “discrimination and of failing to protect, respect or safeguard integrity and human dignity” related to the CAR conflict.

He was a key supporter of Bozize, whose ousting after a decade in power sparked vicious intercommunal fighting. He rose to become the “national general coordinator” of the anti-Balaka movement, prosecutors said.

Yekatom was extradited to The Hague in late 2018.

Styling himself as Commander Rambo — after the Vietnam War veteran played by actor Sylvester Stallone in a series of movies — Yekatom led an anti-Balaka force of around 3,000 people including child soldiers, prosecutors say.

“Yekatom trained, structured and armed his elements” and was a “key part of the anti-Balaka’s widespread attack,” Vanderpuye said.

Human Rights Watch said the pair were the highest ranking anti-Balaka leaders to face trial, and the first at the ICC.

“The opening of the Yekatom and Ngaissona trial is a milestone for justice for victims of brutal crimes,” said Elise Keppler, associate international justice director at HRW.

Another Central African Republic war crimes suspect, Mahamat Said Abdel Kani, an alleged leader of the Seleka, was sent to the ICC by the authorities in Bangui in January.

The CAR is one of the world’s poorest countries despite its rich natural resources, with a history of unrest since independence from France, including the despotic rule of self-proclaimed emperor Jean-Bedel Bokassa in the 1960s and 1970s.

Despite a 2019 peace deal, militia groups which emerged during the conflict were recently in control of around two-thirds of the country, and Touadera depends heavily on UN forces, as well as military personnel sent by Russia and Rwanda.

A counter-offensive has seen pro-government forces retake a series of towns from the rebels in recent days.

Touadera won a presidential election in December from which Bozize was banned but barely a third of the potential ballots were cast.