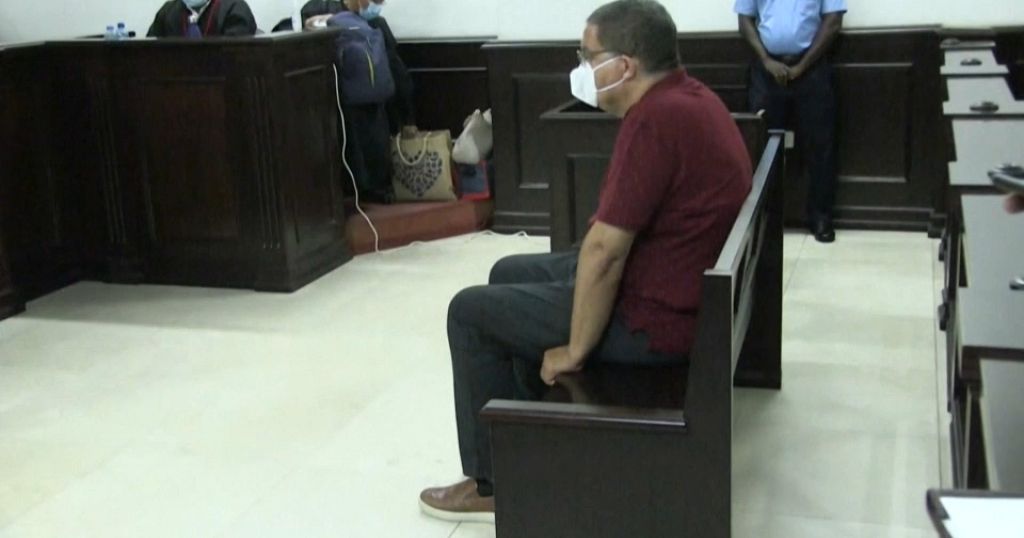 The trial of Angolan businessman Carlos Manuel de S**ã**o Vicente, who has ties to the nation’s former political elite and was close to former Angolan president dos Santos opened in a Luanda court over a $900-million embezzlement scandal.

A long-awaited corruption trial opened in Luanda on Friday. In the dock, tycoon Carlos Manuel de Sao Vicente who is accused of influence trafficking and money laundering among other charges.

However, before the hearing started, journalists with cameras or recorders were denied entry. “Journalists are not allowed to enter and if they want to, they can only observe. We are not spectators, we are journalists and we have come here to work just like the judges. We ask to be respected, this kind of restriction is unacceptable“, journalist, Fernandes, protested.

Just like him, several fellow professionals were blocked in the tribunal’s hall. A court instruction that the general Secretary of the Union of Journalists deems illegal as he wishes to be free to inform the public.

“Although the judge is in charge of the hearing, he or she does not have the power to decide who and when people can enter, Texeira Candido said. It is the law that determines when hearings are public or closed.“

The Angolan businessmans trial comes almost two years after his arrest. During the era of the country’s oil boom, De São Vicente’s group sold insurance to state oil company Sonangol. If he maintains his innocence, he is now mired in a 900-million dollars embezzlement scandal.

The case has also sparked legal action in Switzerland, where De São Vicente is accused of parking the $900 million at the Geneva-based Banque SYZ. Swiss prosecutors in 2018 froze that sum in his accounts on suspicion of money laundering. A Swiss court last year reversed part of that freeze, citing insufficient evidence.

In total more than $1 billion linked to the Angolan businessman and his business group have come under investigation in Switzerland, beyond any other assets in Angola.

De São Vicente had ties to the nation’s former political elite. When President Joao Lourenco was elected, he launched an anti-corruption campaign. On Thursday, Angolan Justice minister said the country had recovered more than 11 billion dollars from graft cases.