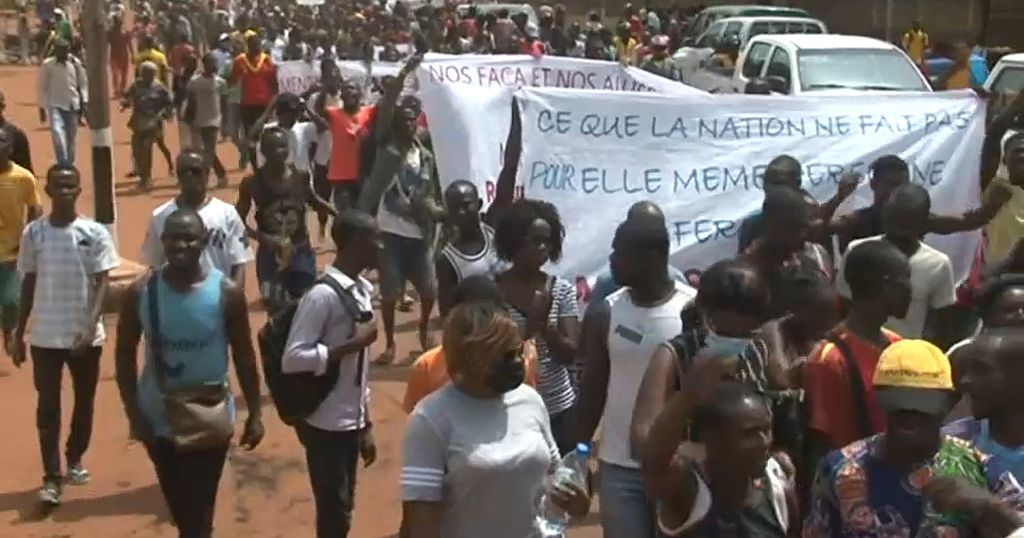 The march began at the sports complex in Bangui to the headquarters of the UNMISCA. The people decried the discourse during an interview with RFI last Friday of Mankeur Ndiaye the Special Representative of the Secretary-General of the United Nations in the Central African Republic.

In his remarks, Mankeur Ndiaye had stressed that the Central African solution is not military.

At the same time, he had congratulated the armed groups that have withdrawn from the CPC to reintegrate the peace agreement in the Central African Republic — as he also called on the authorities to give priority to dialogue.

These words do not meet the expectations of MCU supporters who are — once again, demanding the departure of the UNMISCA from the Central African Republic.

The activists intend to continue demonstrating until this departure is obtained.

Noé Ndaye — who was responsible for organising the march, is unwavering in his position.

“We are going to intensify our actions, we are going to persist, we are even going to die for our country. The main thing is that they either cooperate, or they don’t want to cooperate with the CPC.

The liberation of the country must continue with our defence and security forces, the Rwandans, the Russians and the Portuguese and all the allies who came to our rescue.”

For his part, on the occasion of the traditional weekly meeting with the press, Minsuca spokesman Vladimir Monteiro took note of the demonstrations organised against certain remarks made by the special representative of the United Nations Secretary-General in the Central African Republic.

He did so while reaffirming the close collaboration that the UN mission wishes to maintain with the Central African authorities and people.

“There have been demonstrations which are normal as a form of democratic expression, but we call for serenity.

“We want to tell everyone that we are a partner and that the points of view should not be seen as an act of hostility towards the government or the Central African population.

“We are here to help as we have been doing for a long time and we will continue to help while respecting the sovereignty of the State.”