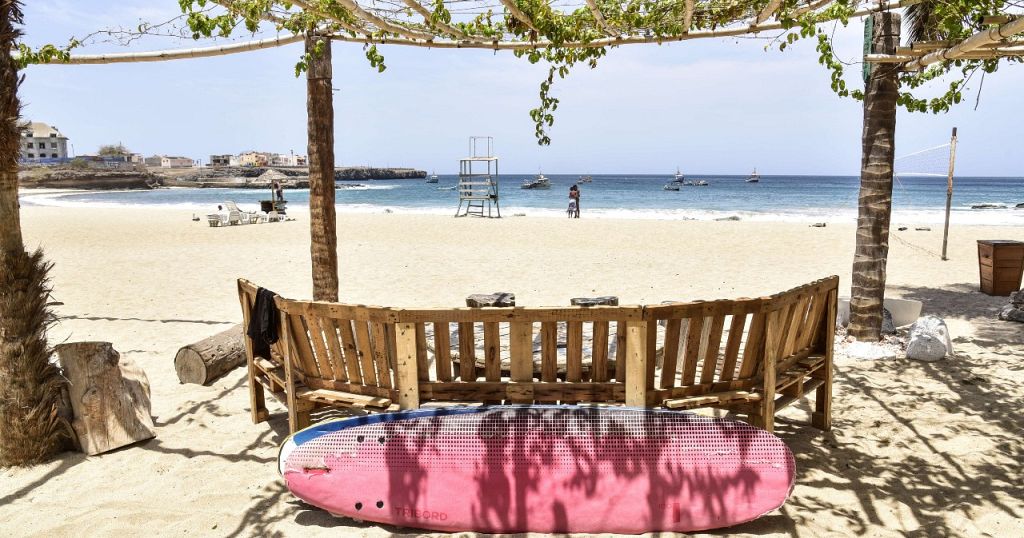 With its pristine beaches and luxury resorts, Cape Verde is a tourist’s paradise

But the tropical Atlantic island off Senegal has been struggling since the coronavirus pandemic with few tourists arriving.

While many hotels are shuttered the new Pensao Por Do Sol recently opened its doors.

The hotel’s opening day should have been in December when the year-end tourist season kicks into gear. It was then delayed until February and postponed again, and has now only just taken place.

“We’re afraid that if we stay open, we won’t have any income and be unable to pay the staff.”

The solution, she said, was to ease dependence on vacationers from Europe.

“We can’t expect just Europeans to come here — we have to invest locally.”

Silvio Antonio Lopes Borge sells trinkets and postcards. Due to Covid, he has lost 80 percent of his income. He says can no longer afford his two-year-old son’s playgroup.

“Before, I was able to put aside savings. Now I don’t have enough to live on,” he said.

He agrees with Duarte that the local economy needs to be strengthened by investing in fishing and agriculture.

Lacking freshwater and arable land, Cape Verde has to import 90 percent of what it consumes.

The crushing impact of the pandemic has brought home to many how dependent Cape Verde is on distant Europe, said economist Jose Agnelo Sanches.

“The future lies with diversifying the economy” and trading more with Africa, he said. “And we have to develop strengths in other sectors, such as agriculture and fishing.”

While the island is struggling from the effects of the pandemic, the tourists who have been able to travel to the former Portuguese colony are enjoying the sights without the crowds.

“We made a reservation on Booking.com, we went to the hotel but it is closed, so it’s a bit of a hassle in that sense,” said Portuguese tourist Miguel Almeida.

“But at the same time, it’s true that we take advantage of the city because there aren’t that many people. “

The pandemic has had, relatively speaking, only a limited medical effect on Cape Verde — the country has recorded 19,780 cases, of which 188 have been fatal.