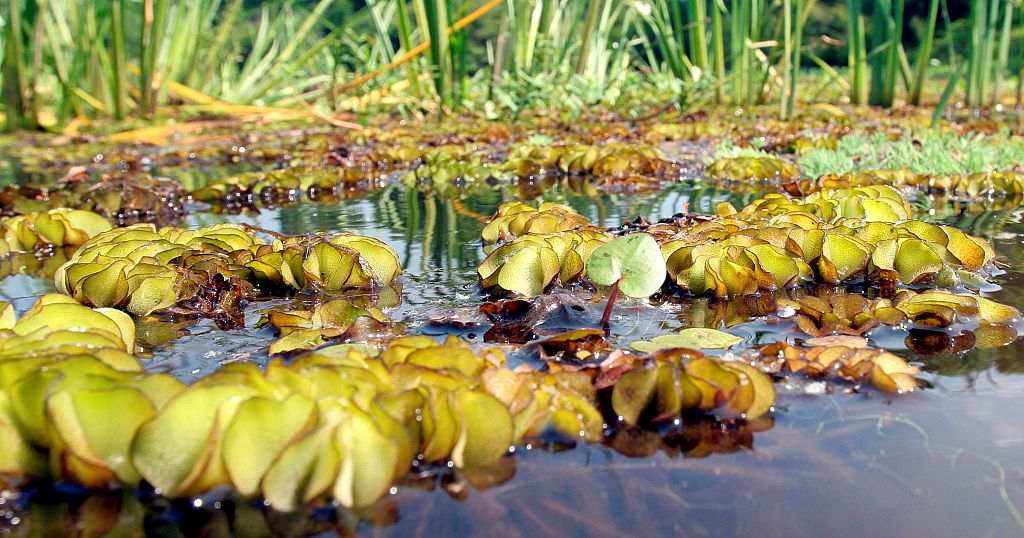 A Plant vs the Manatees and Fishermen

The giant Salvinia plant has invaded Lake Ossa in Cameroon threatening both the aquatic wildlife and livelihoods of local fishermen.

Lake Ossa, in Cameroon, is a wildlife reserve known in particular for its large population of lamentins. Today, however, a plague is threatening this ecosystem.

An invasive plant, the giant Salvinia is destroying this vibrant dwelling as the aquatic fern prevents the manatees from coming up to the surface to breathe.

The Plan is Strangling the Fishing Industry

This could also have repercussions on the local population as fishing — the main source of income, will become impossible in the invaded areas. The income of the fishermen in the region who depend on the lake has fallen by 80%.

Richard Ngollè, a local fisherman, shares his challenges with the current state of affairs surrounding the lake and his profession.

“We can see that the manatees are suffering. At home we don’t even fish during the day because you can’t stretch your net, otherwise, you lose it immediately. The animals do not speak, but they suffer. The proof is there is nothing left here. We don’t even fish during the day because we can’t stretch the net during the day. You throw your net into the sea and the Salvinia shows up, it’s better to forget this net because you will lose it completely.”

Bugs to the Rescue?

Originally from Brazil, studies reveal Salvinia appeared in the region in 2016 by way of winds or migratory birds. Today, it covers a quarter of the lake’s surface area.

As manually uprooting the plant will not suffice, African Marine Mammal Conservation Organisation (AMCCO) — a Cameroonian environmental non-governmental organisation, believes it has found the solution to the issue in the form of a beetle.

Aristide Takoukam Kamla, the director of AMMCO, outlines the initiative.

“The plant doubles in surface area or biomass every ten days, so it is a very rapid proliferation that cannot be controlled just by manual collection. This is why we have added biological control, which will take time but is much more effective because it is an insect that feeds specifically on the Salvinia plant. It is a natural enemy of this plant,”

The NGO is now awaiting the green light from the government to introduce its insects to the lake. As far as both the fishermen and the Lake Ossa manatees are concerned, the sooner the better.