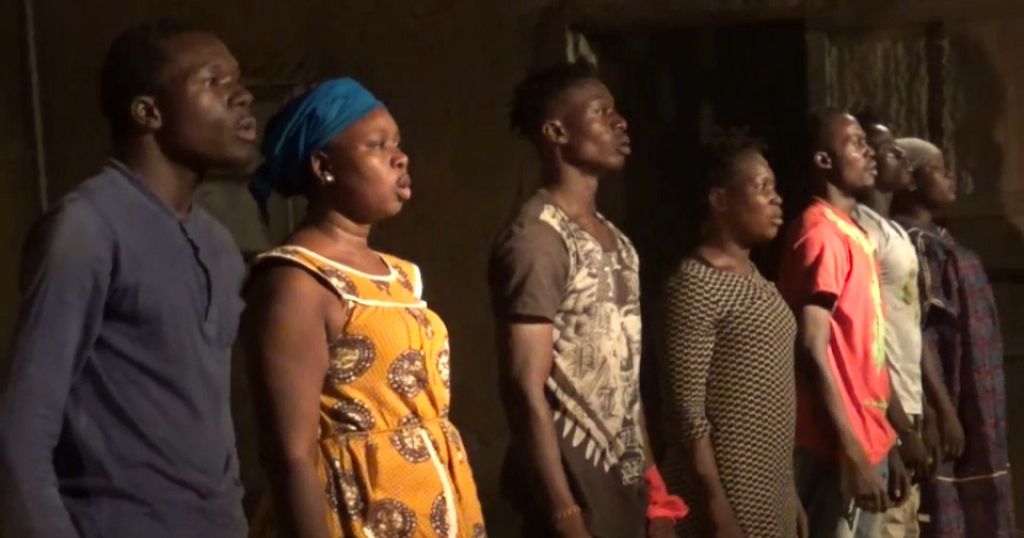 Despite the pandemic, in Burkina Faso shows have given locals a breath of fresh air.

The country is home to major events like FESPACO and SIAO. This year, organizers held the 2020 edition of ‘’Les Récréâtrales’’ in the capital, Ouagadougou.

The shows are created and performed in the family courtyards of the popular district of Bougsemtenga, which makes this festival unique in the world.

This year, a novelty has been added to the concept of the festival. It’s a show created entirely with the casting of local youth and performed in the courtyard of the chief of the neighborhood. The event provided an opportunity for the organizers to pay tribute to this neighborhood.

”The best way to give back to the neighborhood, the generosity that was offered to us as soon as we arrived here – was to bring them on board, to involve them, to open them to our creation, and poetic gesture”, Tangarda said.

Young people who have never before had the opportunity to play on a theater stage were chosen for this poetic composition dubbed ‘’the district. The story evoked, the destiny of young Burkinabé as the actors themselves. Hairdresser, Maimouna Sorgo appreciated the invitation.

”I have never thought about playing or being there with others. But here I had the opportunity to participate and I’m very happy”, she said.

To the surprise of organizers, the show was the most popular of the program. Additional performances have been scheduled to appease the audience.

Friends and families of the actors came in large numbers. The show ended on a patriotic note with hope for the future of Burkina Faso. For these actors, the adventure of the theater does not end with the end of the festival. Work on the project will resume in January, 2021.

Ghana deploys military in the volatile Volta region ahead of election

Ghana deploys military in the volatile Volta region ahead of election