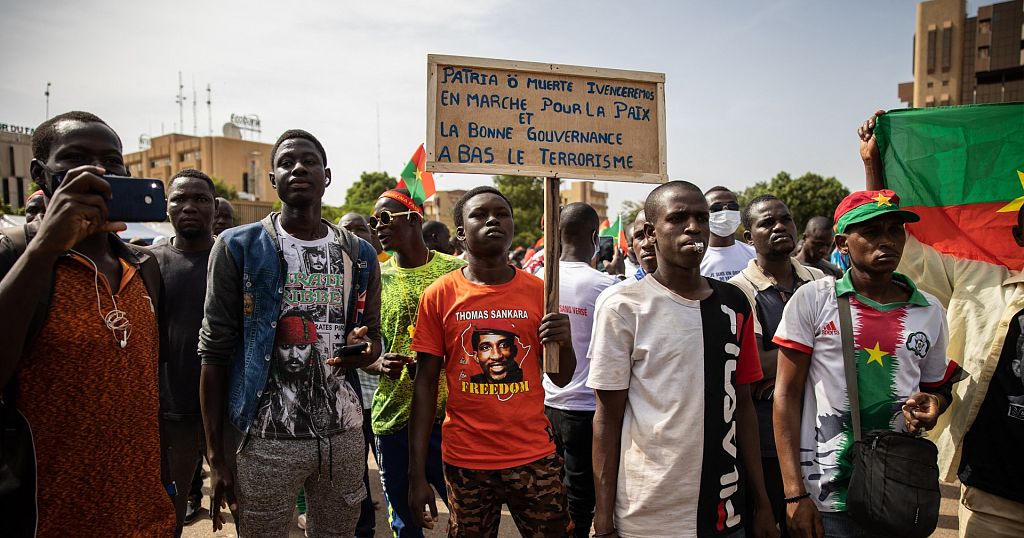 Thousands of people took to the streets of Burkina Faso on Saturday, demanding a stronger response to rising jihadist bloodshed after a massacre last month killed more than 130 people.

The landlocked West African country has faced increasing attacks by jihadist groups linked Al-Qaeda or the Islamic State since 2015.

In the capital Ouagadougou, protesters chanted “No to growing insecurity”, “No to populations being abandoned”, “No to endless attacks” and “Is there still a president in Burkina Faso?”

It was the first march organised by the opposition and civil society groups since President Roch Marc Christian Kabore was re-elected last year.

Kabore had asked the organisers to postpone the march.

But opposition leader Eddie Komboigo welcomed “a huge mobilisation across the country despite government calls for a boycott”.

“Today, from Dori to Kampti, from Dedougou to Diebougou, from Ouagadougou to Diapaga, people demonstrated to protest against the worsening security situation,” he said.

“During Kabore’s first term, there were officially more than 1,300 deaths and 1.2 million internally displaced people,” he added.

“It is feared that the second term will be worse than the first, because since the start of the year we have had more than 300 deaths”.

A demonstrator in the eastern department of Madjoari told AFP by phone that he was marching “so that the many displaced people can return to their home regions and live peacefully”.

Anger has been rising since the night of June 4, when the deadliest attack in the country’s six-year Islamist insurgency was waged on the village of Solhan.

Armed men — including “young people aged 12 to 14”, authorities said — killed at least 132 people, according to the government.

Local sources said the toll was 160, including many children.

Civil society figure Aristide Ouedraogo said “in light of the latest macabre developments of the security front, it was time to send a strong signal to the leaders to pull themselves together”.

In response to the growing fury, Kabore sacked his defence and security ministers on Wednesday. Kabore himself took over as defence minister.