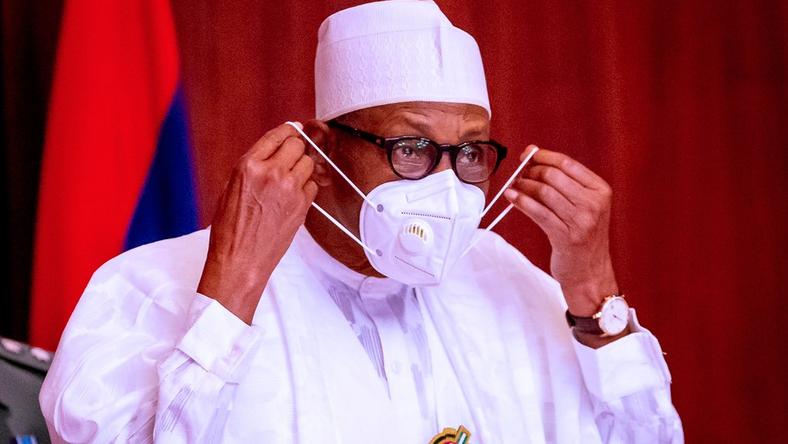 Malam Garba Shehu, the President’s spokesman in a statement, said the president made call when he hosted Senate President, Ahmad Lawan, some governors and party members of the APC at his country-home after his registration at Sarkin Yara Ward, Daura.

He said they could achieve this by adopting bottom-up processes of registration and revalidation at ward, local government, state and federal levels, including the FCT.

According to him, a continuous sense of ownership by members will strengthen the party structure, guarantee better prospects in elections and insure its future.

“I want to thank you for coming all the way for the flag-off of our party’s registration exercise. Your coming is important to further boost the morale of party members and draw new members.

“Thank you for choosing a bottom-up process of registration at our ward, local government, state and national level, including the FCT.

“Our party style and structure should no longer be Abuja downwards, but from the ward level upwards. So that people can defend the party and its policies even at every level.

”The question of putting hands in pocket to get people to participate is no longer there since we don’t have the money to share.’’

The president said elites in the country should be more reflective and fair in their assessment of the administration, noting that the strides recorded should be appreciated.

“I will like our elites to be more reflective and remember when we came in in 2015. Where we were then, the resources available and the infrastructure we met on the ground.

”The economy was so much in a terrible state after we came in that we had to give bailout to states so that salaries and pensions can be paid. Now, we have a more stable polity.’’

Buhari called on all those interested in the party to turn out in large numbers to revalidate and register, and be mindful of the COVID-19 regulations in carrying out the exercise.

In his remarks, the Caretaker Committee Chairman of the APC and Governor of Yobe State, Mai Mala Buni, said the governing party had already set up two committees to ensure effectiveness in the registration and revalidation process.

According to him, Gov. Yahaya Bello is heading the mobilisation and sensitisation, while the Gov. Abubakar Bello of Niger leads the registration process.

“We are very proud of you. You are a special human being that God uses when Nigeria is in trouble.

”When you came to power in 1983, Nigeria was suffering from the attacks of Maitasine, and you dealt with them in Maiduguri, Gombe and all other places. I was in secondary school then.

“You also improved the economy. You instituted War Against Indiscipline to bring more focus. You inherited Boko Haram when you came in 2015, like the Maitasine.

”We are enjoying relative peace. In Yobe State, five local governments were in the hands of Boko Haram before you came in and no secretariat there was functioning. The situation is different now.

“You have successfully stopped the bomb blasts in various parts of the country and today people in the North East are getting resettled.’’

The Chairman said the success of the ward level registration by the President would further encourage grassroots participation.