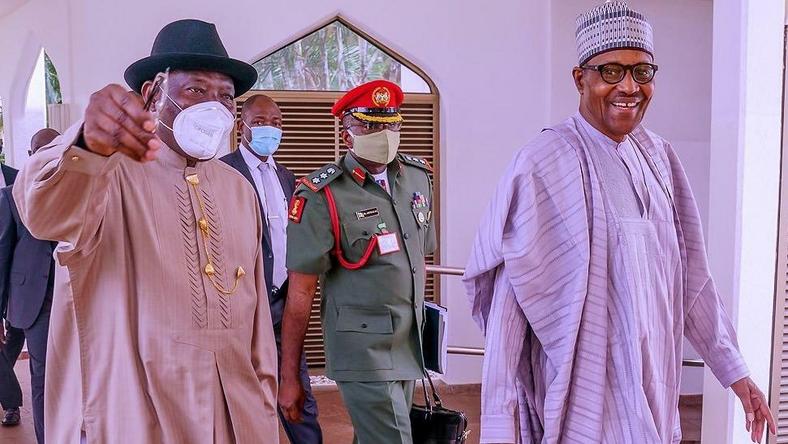 Buhari, 77, congratulated Jonathan on his 63rd birthday, according to a statement signed by presidential spokesperson, Femi Adesina, on Thursday, November 19, 2020.

Buhari said Jonathan’s life of service has brought honour and goodwill to Nigeria.

The president also hailed Jonathan’s ‘peculiar and remarkable climb’ on Nigeria’s political ladder, noting that his dedication has kept him working most recently as ECOWAS envoy to bring peace to the Republic of Mali.

Jonathan became Nigeria’s president in 2010, replacing the late Umaru Musa Yar’Adua to whom he was vice president from 2007.

The former Bayelsa governor won a new four-year term in 2011, but failed to secure a second term in office in 2015.

His loss to Buhari made him the first incumbent democratic president in Nigeria to lose an election.

He refused to contest the result of the election, a decision that was widely-hailed across Africa.

Jonathan will turn 63 on Friday, November 20.