The country’s debt portfolio has skyrocketed under the incumbent, rising from N12.12 trillion in June 2015, a month after he assumed office, to N35.47 trillion as of June 2021.

Moghalu, speaking in a Clubhouse chatroom on Friday, November 5, 2021, blamed a compliant National Assembly for allowing the government keep borrowing ‘like a drunken sailor’.

He said one of his first acts as president, if elected in 2023, is to stop foreign borrowing, and improve Nigeria’s domestic revenues.

“Over 90 kobo of every one naira Nigeria earns is going into debt.

“How can you not be a poor country with such an arrangement? So I’m going to stop it,” he said. 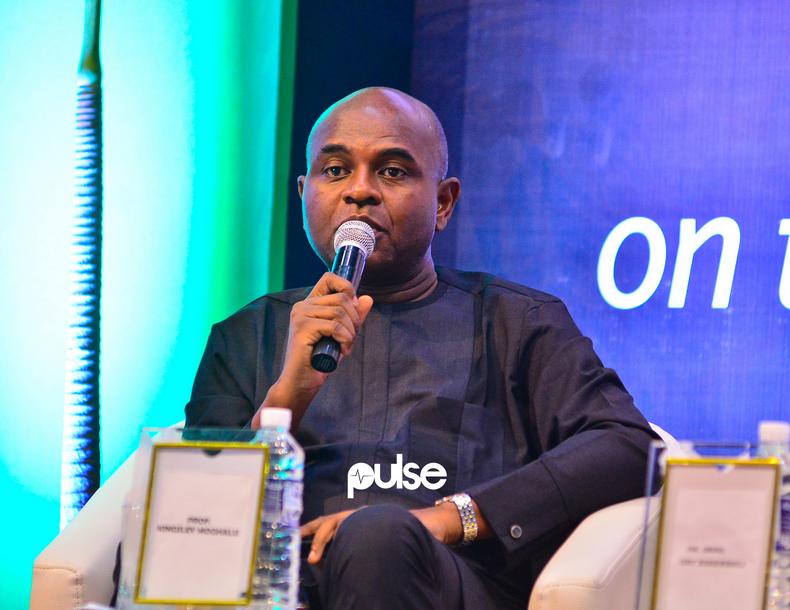 Moghalu, a former deputy governor of the Central Bank of Nigeria (CBN), lamented that the Buhari government is killing the economy due to its heavy state intervention which he said is distorting the market and suppressing productivity.

He said his own government would create a developmental capitalist state that provides a conducive environment for the economy to thrive.

To raise domestic revenues, the 58-year-old said tax reform would be central, promising to run a system that’s beneficial for Nigerians.

“Many people are overtaxed, but many more people will pay the minimal taxes and I bet you it will double and triple our national revenues,” he said.