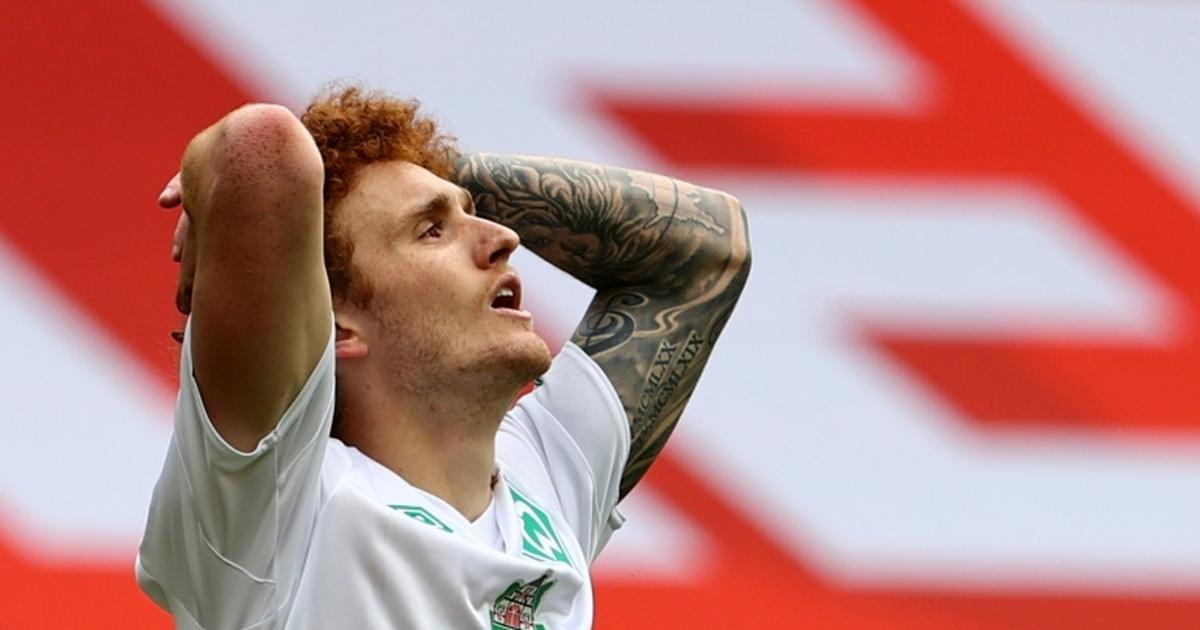 The best either team can hope for is a spot in the playoff for the final Bundesliga slot next season. Both must overtake the team above them to do it.

“We owe it to everyone in the club to fight until the very last moment, as long as it is still mathematically possible,” said Bremen head coach Florian Kohfeldt.

To have any chance of staying up, second-from-bottom Bremen must win at home against Cologne and hope Union Berlin beat Fortuna Duesseldorf in the capital.

If Duesseldorf draw, Bremen, who are winless in their last 14 home league games, will need to win by four goals against Cologne to climb to 16th and give themselves the hope of a two-legged relegation/promotion playoff against the side who finish third in the second division.

In a blow to Bremen, Milot Rashica, the club’s top scorer with seven goals this season, is doubtful with an ankle injury.

Duesseldorf and Bremen are fighting to avoid joining bottom side Paderborn, who are already relegated.

No other club — not even Bayern Munich, who have already won the title before Saturday’s game at Wolfsburg — has spent longer in the Bundesliga than Bremen.

If they are to survive, the club from northern Germany must stop history repeating itself.

By coincidence, it was a 5-0 home defeat to Saturday’s opponents Cologne in May 1980 which sealed their only previous relegation.

Until the season before last, Bremen’s arch-rival Hamburg was the longest-serving Bundesliga club. If Hamburg are to return, they need to win on Sunday and hope third-placed Heidenheim do not win.

Hamburg, relegated in 2018 for the first time in their history, blew their chances of automatic promotion last Sunday when they leaked two late goals in a 2-1 loss at Heidenheim, who leapfrogged into third place.

Fourth-placed Hamburg must beat mid-table Sandhausen and hope Heidenheim fail to win at Bielefeld, who are already promoted as champions.

Should Hamburg come third in the second tier and Bremen manage 16th in the Bundesliga, there would be a heated northern German derby in the two-legged promotion/relegation play-off.

“I would rather see Hamburg play Duesseldorf in the play-offs – I wouldn’t want to face Bremen,” former Hamburg legend Uwe Seeler told Sport Bild. Bremen have won the ‘Nordderby’ 47 times to their rivals’ 38 victories with 36 draws.

One to watch: Kai Havertz

After 10 years at Bayer Leverkusen, home-grown in-demand forward Kai Havertz, 21, could play his last game for the club at home to Mainz on Saturday.

Real Madrid, Chelsea, Manchester United and Bayern Munich are all reportedly interested in the attacking midfielder.

His Leverkusen contract runs until 2022, with no exit clause, and the rising Germany star has said he will decide his future at the “end of the season”.

A win could lift Peter Bosz’s Leverkusen to fourth and into the Champions League places, providing Moenchengladbach lose at home to Hertha Berlin.

Havertz’s decision could be influenced by whether or not Leverkusen play Champions League football next season.

28 – the league points Bremen have from 33 league games

101 – the league record number of goals Bayern scored in 1971/72. Munich have scored 96 before Saturday’s game at Wolfsburg