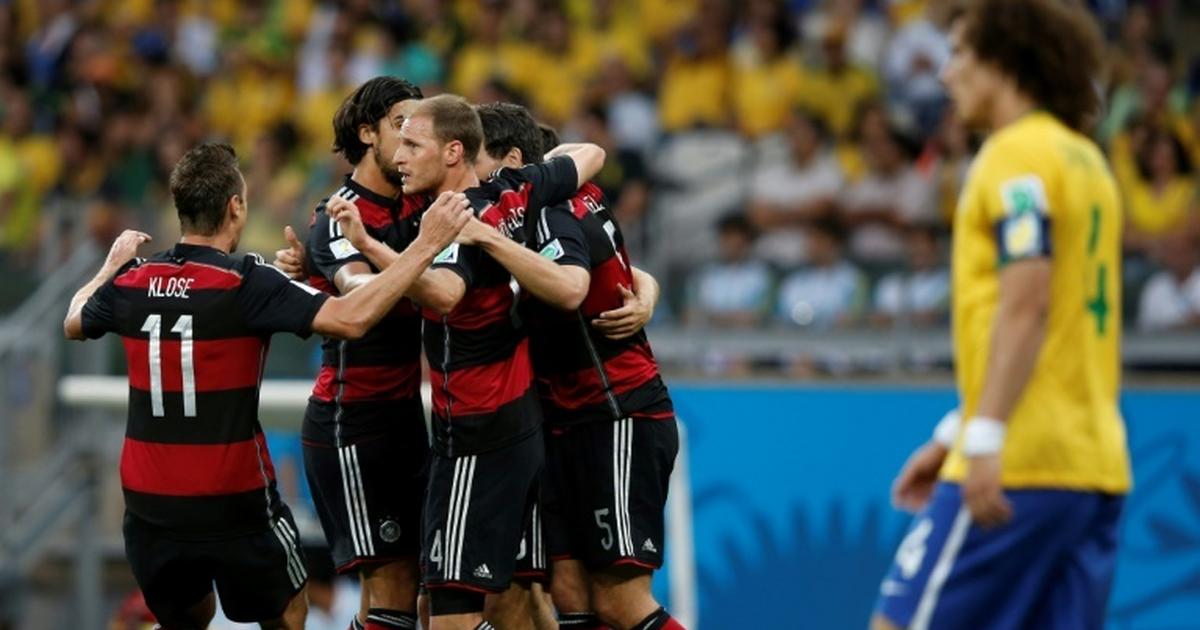 That infamous scoreline has taken on a meaning of its own to describe any kind of defeat or a heavy blow — physical or figurative.

“They gave us a one-seven” or “that was a one-seven” has entered into common parlance in the land more accustomed to stunning victories and brilliant achievements.

It was July 8, 2014 when World Cup hosts Brazil took on Germany in the semi-final at the Mineirao stadium in Belo Horizonte with an expectant nation behind them.

But the five-time champions suffered the worst defeat in their history and the biggest ever loss by a team that has won the World Cup.

The scoreline is not the only thing from that game to have become a cultural reference in Brazil. Now, when describing something that happens repeatedly, Brazilians will say “and a German goal” or “was that another German goal?”

The reaction, and dark humor that has accompanied that humiliation, is in stark contrast to the national trauma that met Brazil’s other footballing catastrophe.

In 1950, the nation went into mourning after losing 2-1 to Uruguay in the decisive match at the only other World Cup hosted by Brazil in an incident forever immortalized as the Maracanazo — a play on words on the Maracana stadium where the game took place.

This time around, hundreds of memes have been created mocking the unfortunate protagonists of Brazil’s defeat: coach Luiz Felipe Scolari, center-back David Luiz, midfielders Fernandinho and Oscar, and forwards Hulk and Fred.

Germany had the match all but wrapped up within the first half hour as they led 5-0 through goals by Thomas Mueller, Miroslav Klose, Sami Khedira and a Toni Kroos brace.

Five days later, Germany lifted with World Cup for a fourth time, beating Argentina 1-0 in the final at the Maracana.