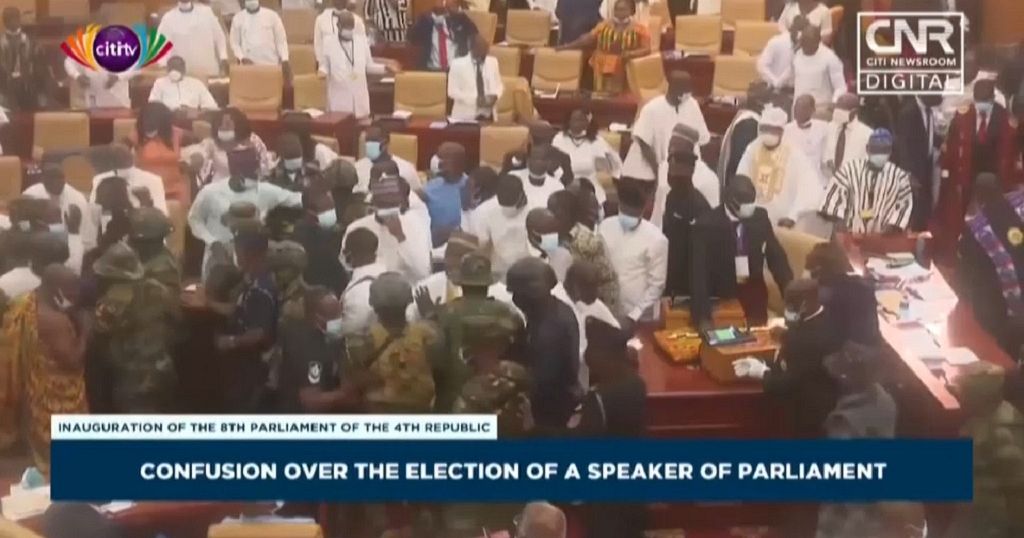 There was chaos on the floor of Ghana’s parliament on Wednesday as legislators voted to choose the next speaker of the 8th parliament of the 4th Republic.

The horrifying incident prompted the presence of heavily armed military and police officers. Opposition members tried to whisk away the ballot box as election for the speaker was underway.

After calm was restored, an opposition MP and a veteran politician Alban Bagbin was elected speaker of the 4th Republic.

As one of the oldest serving legislators, the MP for the Nadowli Kaloe constituency of the Upper West region, polled 138 votes against the ruling New Patriotic Party’s choice and his predecessor Aaron Mike Ocquaye’s 136 with one MP failing to vote.

Bagbin makes history for being the first Speaker of Parliament who is not selected by the governing party.