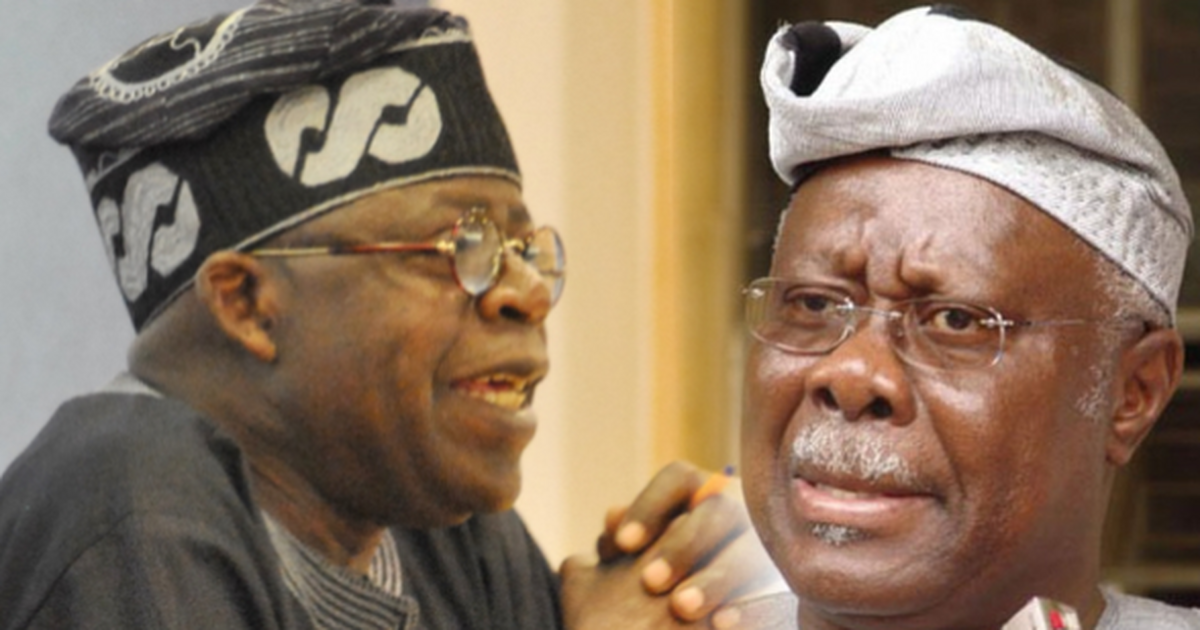 “He has stolen humongous amounts of money from Lagos State and continues to do so every month,” George said while appearing as a guest on AriseTV’s ‘The Morning Show’ on Wednesday, August 11, 2021.

He also lambasted former Works Minister Adeseye Ogunlewe, who had said on the same programme minutes earlier, that Tinubu would be the best man to succeed President Buhari, because he is eminently qualified and mentally capable of doing so.

“Ogunlewe is talking nonsense,” George fumed. “The best man to lead this country? Go and look at the archives to hear what this same Ogunlewe said about Tinubu not too long ago.

“I am shocked that Ogunlewe would be saying this in public. Ogunlewe knows that Tinubu can’t tender his school certificates because he doesn’t have them,” he added.

George also said that Tinubu has been using his stash of illicitly acquired wealth to infiltrate the PDP by planting moles in the opposition political party.

According to George, Lagos has been mismanaged, poorly run and left to flood and stink, no thanks to Tinubu’s protégés and governance structures across the local governments.

A spokesperson for Tinubu was not immediately available for a reaction to George’s allegations.

Tinubu served as Governor of Nigeria’s most populous state of Lagos from 1999 to 2007.