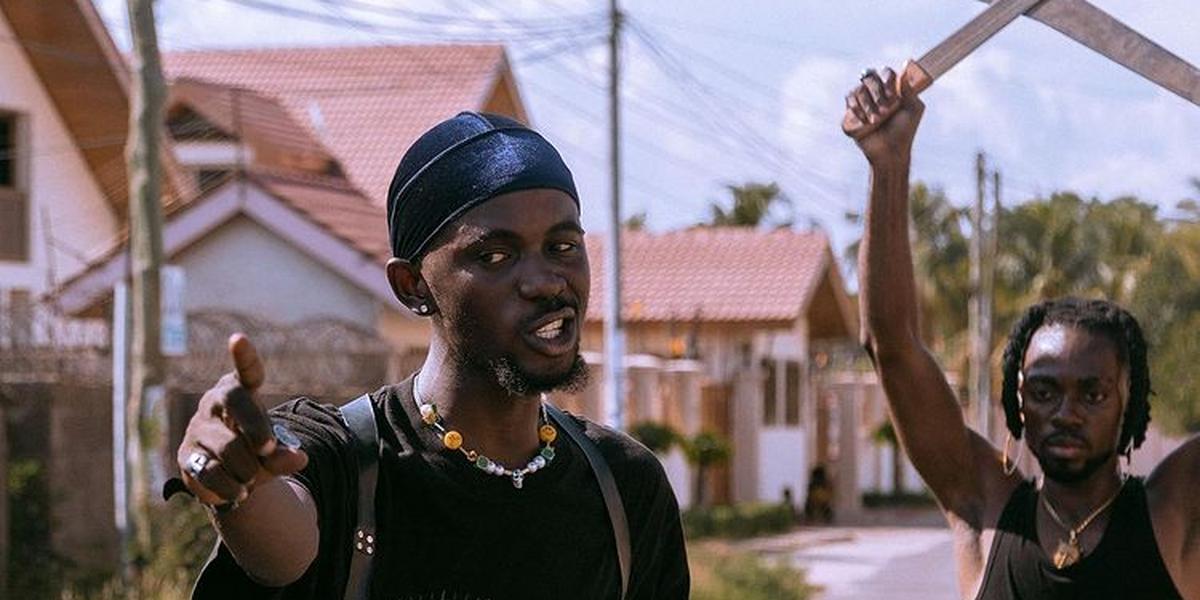 The student of the University of Professional Studies (UPSA) appeared on campus in funky fashion. Being aware of the school’s dress code, he still wore earrings to attend lectures.

Immediately he entered the campus and made his way into the lecture hall, one lecturer stopped him to question his dress code. And even when the lecturer was told the Black Sherif is a superstar and associated with Sarkodie, he told the rapper not to step his foot in class.

“Sarkodie doesn’t wear earrings,” the lecturer, whose name is unknown, said when he was told about Black Sherif’s status. “We won’t allow you to come inside. We have a dress code, are you aware of that?”

It’s unclear whether he was allowed in later.

Black Sherif has been trending for the past two weeks after the release of his third hit song, “Second Sermon.”

The official music video for the song clocked 1 million views in five days on YouTube, a feat that cements his place in the Ghanaian music scene as a force to reckon. The song even got the Head Pastor of International Gods Way Church, Bishop Daniel Obinim to react to it.

As the new sensation, Black Sherif shared how his journey began for him as a musician last week. According to him, Tema-based rapper Yaa Pono and comedian Ajeezay brought him into the limelight.

“2019 June I started professionally, I dropped my first freestyle ‘Cry For Me’ and it went viral in my hometown, Asante Akyem Agogo,” he told Hitz FM last week.

“Ajeezay saw the video to my freestyle and he reposted it and he said Yaa Pono said we should come and see him in Accra, so Ajeezay brought me to Accra and we went”.

“He took me to Adom FM, my very first interview on a radio station was Adom FM, so I did some freestyle there and that also trended small, so after Adom FM, he took me to Yaa Pono’s house and Pono made Underbeatz record my ‘Cry For Me’ freestyle,” he said.