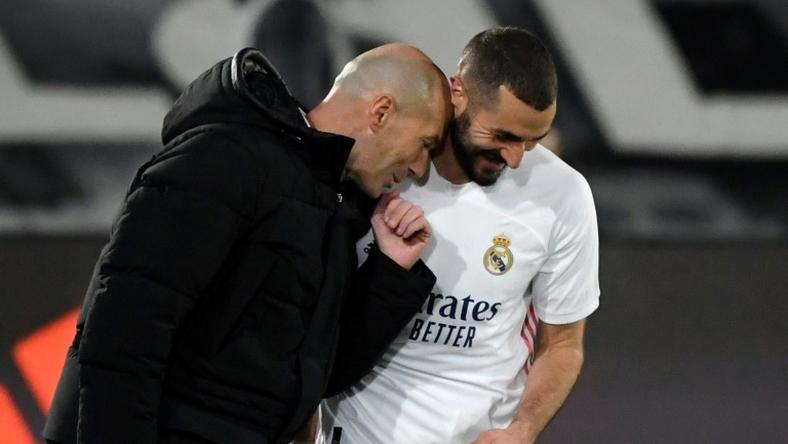 Benzema, 33, is accused of involvement in a plot to extort money from former France teammate Mathieu Valbuena by threatening to make a sex video public.

The French star has described the trial as a “farce”.

“I fully support him, I am with him, I know very well that these are not situations which are easy,” said Zidane at a news conference on Friday.

“The most important thing is that he is fine, he disregards all that. He focuses on what he loves, on his job, on his family that he loves.”

A date for the trial of Benzema as well as four other men has not yet been set.

Benzema made 81 international appearances for France but has not been selected for his country since the sex-tape affair came to light in 2015.

He has argued during the long investigation into the accusations a police officer used dishonest methods to draw him into the affair.

Valbuena, who was selected 52 times for les Bleus and now plays for Greek club Olympiakos, received a call from a blackmailer who threatened to release the video, and contacted the police.

Benzema has scored 261 goals for Madrid since joining the Spanish giants in 2009 and has been a key part of the team that has won the Champions League six times since then.

Meanwhile, it was revealed earlier Friday that Zidane had tested negative for Covid-19 and was given the green light to oversee Madrid’s game at Osasuna on Saturday.

The Frenchman had been self-isolating since Thursday after contact with a person infected with the virus.

“I can be with the team today (for training) and travel with them tomorrow,” said Zidane.

Madrid are second in La Liga after a run of seven wins in eight games.

However, city rivals Atletico lead the way with a two-point advantage and with two games in hand.