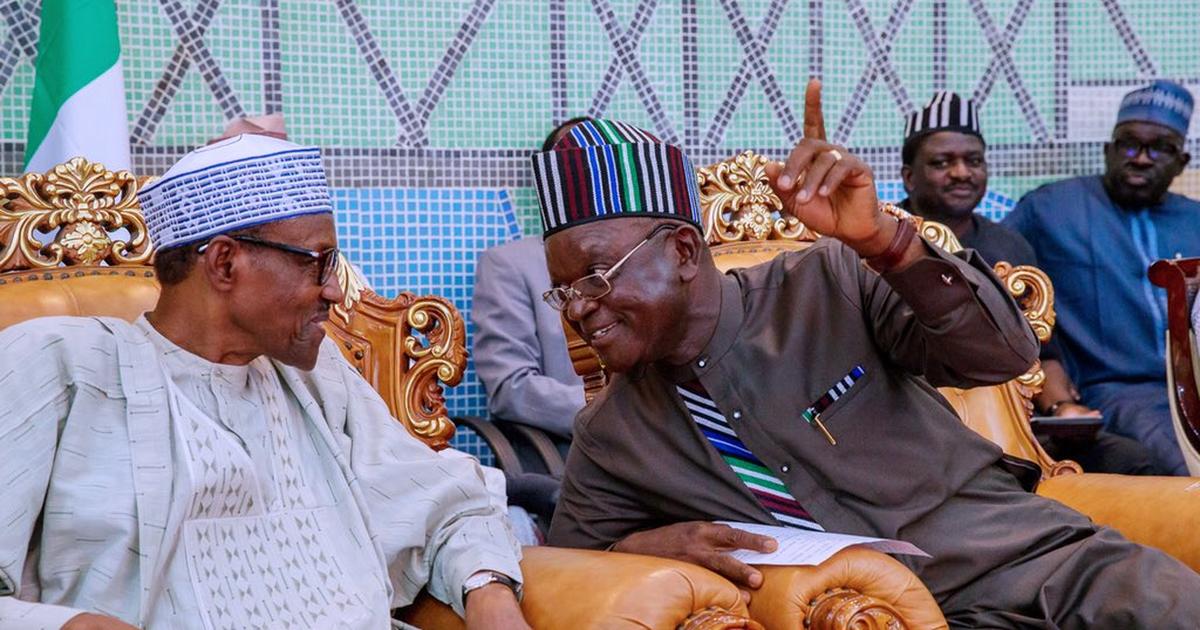 Addressing the gathering, Sen. George Akume, the Minister of Special Duties and Intergovernmental Affairs, expressed dismay over Ortom’s utterances on the President, describing it as “unwarranted and ill-motivated”.

“We call on Gov. Samuel Ortom to tender an unreserved apology to President Muhammadu Buhari, for using foul language on Mr President.

“This unwarranted and ill-motivated attack has been going on for over one year now, and it seems Buhari’s silence and incredible display of magnanimity to the Governor and the people of Benue has not been enough to pacify him.

“​We cannot, however, stand by and watch this brazen show of shame by the governor through infantile and irresponsible public statements on the President.

“And the possible destruction of the cordial relationship, the state as a federating unit has always enjoyed with the centre,” he said.

According to Akume, Buhari has done a lot to Benue.

He said the state has benefitted from the Federal Government numerous programmes, naming some them as the establishment of the Federal University of Health Sciences Otukpo and the Federal College of Education, Apa.

“They also include the Federal Polytechnic Wannune among others.

“As far as we know, the President has delivered all his obligations to the governor and people of Benue by ensuring regular and prompt releases of the state and local government’s monthly federal allocations.

“All of which amounted to about N500 billion since Ortom’s assumption of office as governor in 2015.

“Furthermore, Buhari had released N40 billion to the Ortom’s administration as bail out funds to enable him pay outstanding salaries, pensions and allowances, among others, ” Akume explained.

He, however, said the forum had recognised Ortom’s right as a free citizen of Nigeria to air his views and promote them wherever he wanted, but expected him to be conscious of his statements on the President.

Nevertheless, Akume used the forum to appeal to Buhari to declare State of Emergency on the state, to curb the prevailing security challenge.

The News Agency of Nigeria (NAN) reports that Ortom had constantly accused Buhari of being responsible for the killings in Nigeria, saying that he refused to take actions against terrorists and bandits because they were his kinsmen, the Fulani people.