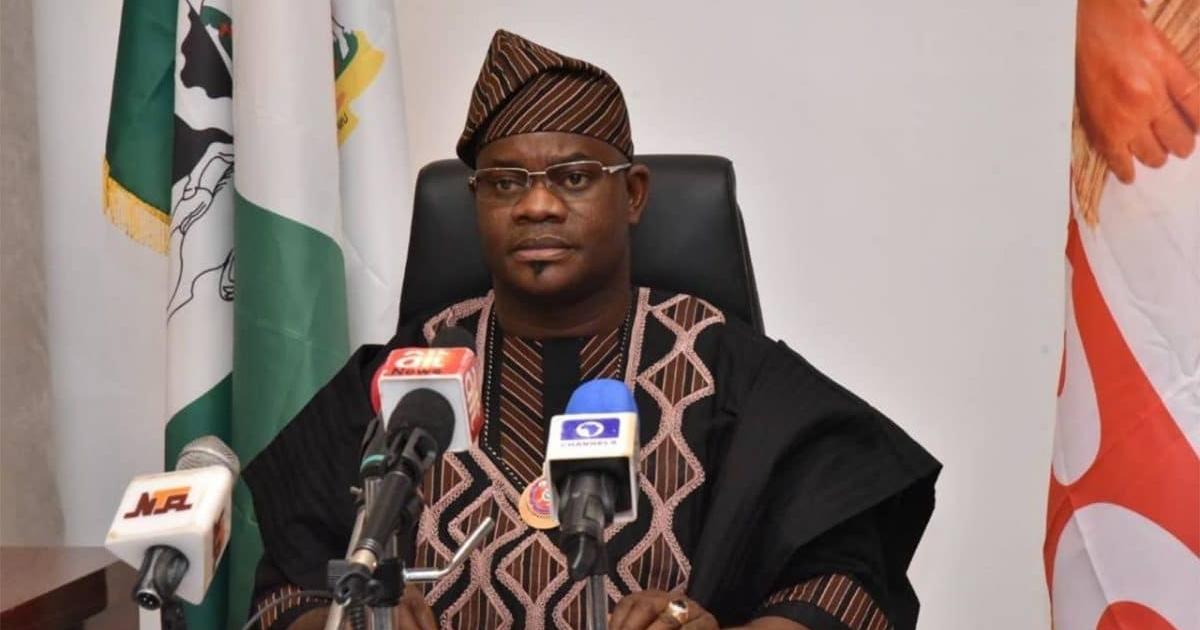 He said that economy, security, peace and unity would be his watchword as he works to create a nation where everyone is carried along regardless of religion or tribe.

According to him, the slogan of his campaign is ‘Hope, Bridging the Gap’ because all he wants to do is bring hope to the nation while bridging the gaps in politics.

“A Yahaya Bello Presidency will have an additional target of creating at least 20 million millionaires by the same year 2030, with the aim that each of them will employ or otherwise empower at least five other citizens.

“In this regard, we are going to learn a lot from the South East.

“The apprenticeship model by which a boy, from an indigent or affluent background, is taken, trained and turned into a millionaire businessman in as little as 10 years is one we have to understudy and invest in.

“Harvard University already studies it and the Nigerian Government must do no less.

“I have personally observed that this model works on average 50 per cent of the time with at least five out of 10 boys who apprenticed with various Igbo friends of mine are millionaires today in their own rights.‘’

Bello said he had a vision of an open Nigerian government and economy, inclusive, honesty and managed to operate with a human face and transparent processes.

Bello promised to consolidate on the gains of President Muhammadu Buhari, adding that he would give more powers to governors over matters of security, public transportation, taxation, fiscal federalism, mineral and agro resources and electricity.

“These are the legacies of Mr President, they will help the next president take longer and easier developmental strides, provided Nigerians make sure he is succeeded by one who is not out to discredit but to consolidate.

“I have proven time and time again that I am the only such successor in the APC’s line-up for 2023.

“I am running for President because I see a bright light shining at the end of the tunnel for our nation. I am not one of those who only see doom and gloom.

“It is my intention to take custody of that light, to pierce the dark spots in our past and present with it, to illuminate every gap in our nationhood and to fix them.

“I will ensure that this light is handed over in due course to successors who will be trustworthy stewards of the great future which a federal government led by me will build for our nation.’’

Bello said that he worked hard as governor of Kogi and delivered on his mandate, urging Nigerians to check out his achievement on www.kogipedia.net which covered his work from 2016 until date.

“Let me itemise the most important qualities which I consider imperative in our next Commander-in-Chief, I invite Nigerians to rate all candidates by them if we want a country that will live up to our expectations come 2023.

“Youthfulness: Natural force and physical energy cannot be abated if performance is to be elevated. I am 46 and a half years old and by the grace of God, I am fit in all physical and mental faculties.

“Courage: A clear capacity to be zealously affected in a good matter and to lead with courage and foresight in the pursuit of the overall best interests of the people and the nation.

“Security: Proven ability to enforce Security, Unity and Peace in a large territory with difficult terrain. Citizens must be safe in their homes and assets.

“Diversity: Our next president must possess excellent records in successfully managing diversity.‘’

Bello promised inclusivity, adding that Nigerians should be able to live and contribute anywhere in the nation with the guarantee that they would not be called strangers.

He said that his desire was to have every Nigerian, especially youths, to live in a country where tribe, religion or gender would be ever considered a ‘minority’ again, particularly by the things leaders do or fail to do in government.

He said that equity, fairness and justice must undergird government actions in the distribution of national resources and opportunities including the recruitment procedures of public entities.

He also promised as a president every Nigerian would become mentally and physically empowered with the unshakeable conviction and practical proof that they are not inferior to any other person for any reason.

Bello said that his presidency like his governorship, would be tough on crime, adding that Kogi went from being the state where violent crime was most endemic in 2015 to become one of the safest states in Nigeria from 2017 till date.

He therefore, said that terrorism, kidnapping, banditry and other violent crimes would not be tolerated when he becomes the President and Commander-in-Chief.

He promised to pursue a clearly defined strategy on broadening the footprint of new technology in the nation’s economy.

He said that he would set up a National Block Chain Taskforce (NBT) to develop a trailblazing policy for the nation in cryptos, the metaverse, NFTs and block chain technology.

“I am not running for President apologetically, but on a solid record of verifiable achievements in my current assignment as Governor of Kogi State.

“I have proven antecedents in the very areas that Nigerians crave for succour urgently, that is, Security, Unity and Progress. I would therefore say that I possess the academic qualifications and hands-on experience to be the Next Nigerian President on merit.’’

The Chairman of the occasion, Salvador Moshood, said that the Bello’s declaration for president was hope for youths, women and other marginalized groups.

Moshood, therefore, urged them to give their support to Bello for a better Nigeria and garner more support from friends and family alike.

The National Coordinator, Sen. Jonathan Zwingina, said that Bello would continue with the good works of President Muhammadu Buhari, adding that although Bello is young but he has much to offer for a greater nation.

According to Zwingina, Bello is a detribalised leader with no trace of ethnicity or religious difference as he works for the good of everyone and would replicate such in the larger country as president .

Deputy Governor of Kogi, Edward Onoja, who reeled out a 10 point achievement of the Bello’s administration in Kogi said that he was leaving a great legacy behind for the state.

He said that Bello disbanded criminal gangs, ending kidnapping and other social vices and insecurity, destroyed tribalism and religious differences and built a church in the state’s government house after 28 years of not having one.

He said that he supported zoning of presidency but this time the zoning had to be in favour of youths, adding that it was time for people under 50 years to rule the nation .

The Director-General of GYB Campaign, Hafsat Abiola-Costello, said that women had been sidelined for decades and only been known in political activities as singer and cooks but Bello changed the narrative by making her the DG of his campaign team.

Abiola-Costello said the nation was on the match to its true destiny with Bello, adding that women would build the nation and therefore, encouraged women and youths to support Bello because the takeover tie for them had come.