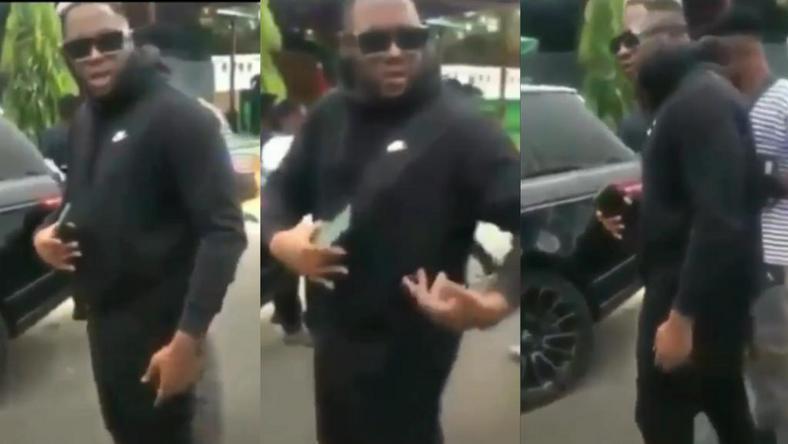 Before moving on from the fans to enter his car, Medikal said “so stop begging and go and look for money” – which is also to say that they should go and work than just begging people for money.

The encounter in the video above happened whilst Medikal was leaving a set where he joined fast-rising Ghanaian comic-actor Ras Nene to shoot a scene for his comic skits that have been attracting wild attention online.