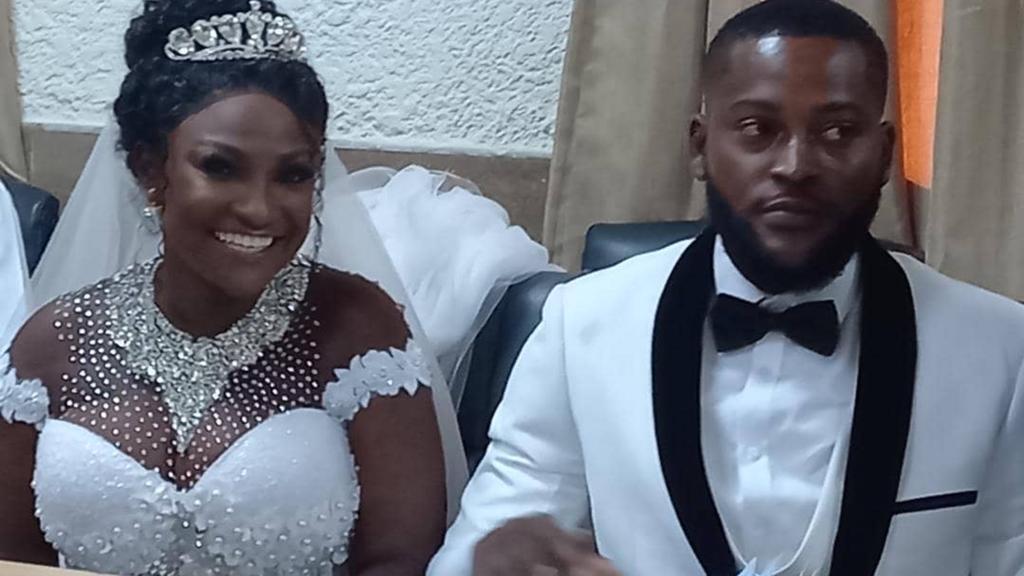 Abena Moet has reacted to the comments and how the video made it online. Speaking on the Neat FM she appears on, she said “I was watching TV in the house and I was snapping, then he came to lie on me. He just kissed my breast, not the nipple, the cleavage“.

According to Abena Moetshe doesn’t understand why people complaining because she is married. However, she admitted that the video was quite too much to show on social media.

“Honestly I saw that it was a little extreme because we were just playing, I was fully dressed. You see that me I have huge boobs, so even if I cover it when you see my chest you’ll think it’s my breast but I was dressed. My friend was even sitting there,” she said.

The outspoken radio presenter who works with Despite Media, tied the knot with Nana Yaw aka Jayessah on saturday 27th March 2021.