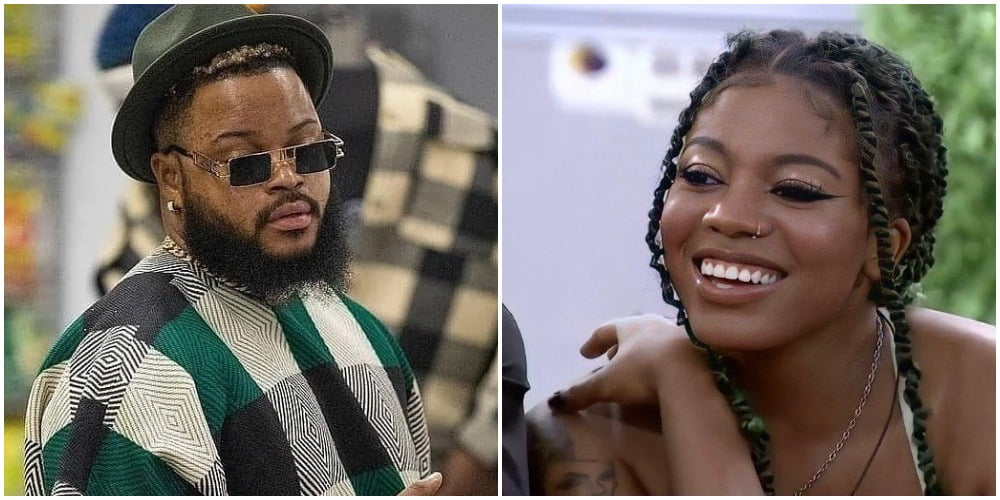 Angel said this during a conversation with Pere in the white room.

According to her, there is something about WhiteMoney that doesn’t really add up.

“Something about WhiteMoney just flipped. It’s like I could see clearer and I’m not saying he is a bad person but there’s something off and awkward about him.

“Like I told Queen when she was saying WhiteMoney is a trustworthy guy, me I don’t think so because I feel
he pretends and he isn’t straightforward.

“My Intuitions are never wrong and lately we have been clashing. We even clashed in the garden on Sunday morning. I like when people are straightforward and he’s not; that’s why he is always deflecting.

“Even when you guys had that altercation and I told him he ought to put you in your place and he’s like no he understands Pere.

“ I was like how can someone treat you like that and you’re saying you understand him, are you God? Like when did human beings become so good like that. I just feel he’s fake,” she said.