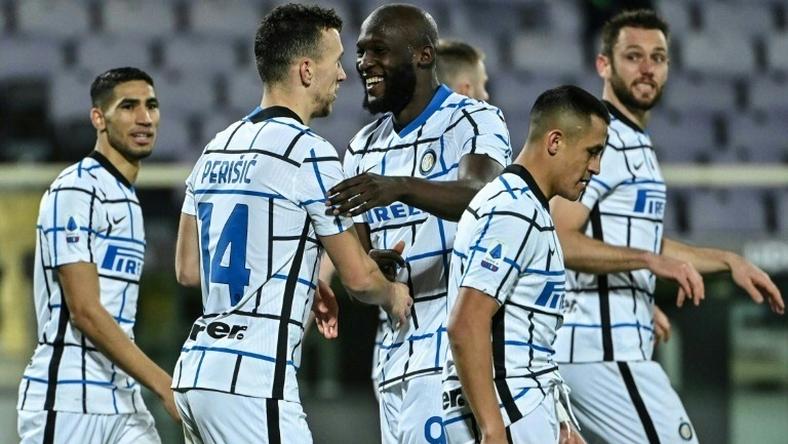 Antonio Conte’s side pulled one point clear of AC Milan to keep the pressure on their city rivals who host lowly Crotone on Sunday.

Inter bounced back after their midweek Italian Cup semi-final, first leg defeat to Juventus in the San Siro.

Barella curled in the opener after half an hour with Perisic adding the second seven minutes after the break to give Inter a first league win in Florence in seven years.

Conte sat out a touchline ban but Inter controlled the game against 12th-placed Fiorentina who were without injured French midfielder Franck Ribery.

Fiorentina could thank goalkeeper Bartlomiej Dragowski for key saves, denying Barella early, with the Polish international also keeping out Achraf Hakimi, Perisic and Lautaro Martinez in the second half.

At the other end of the pitch Samir Handanovic saved from Giacomo Bonaventura and Cristiano Biraghi before the break.

Just behind fifth-placed Napoli play Genoa with Lazio looking to push their winning streak to six matches against a Cagliari side without a league win in 13 attempts.