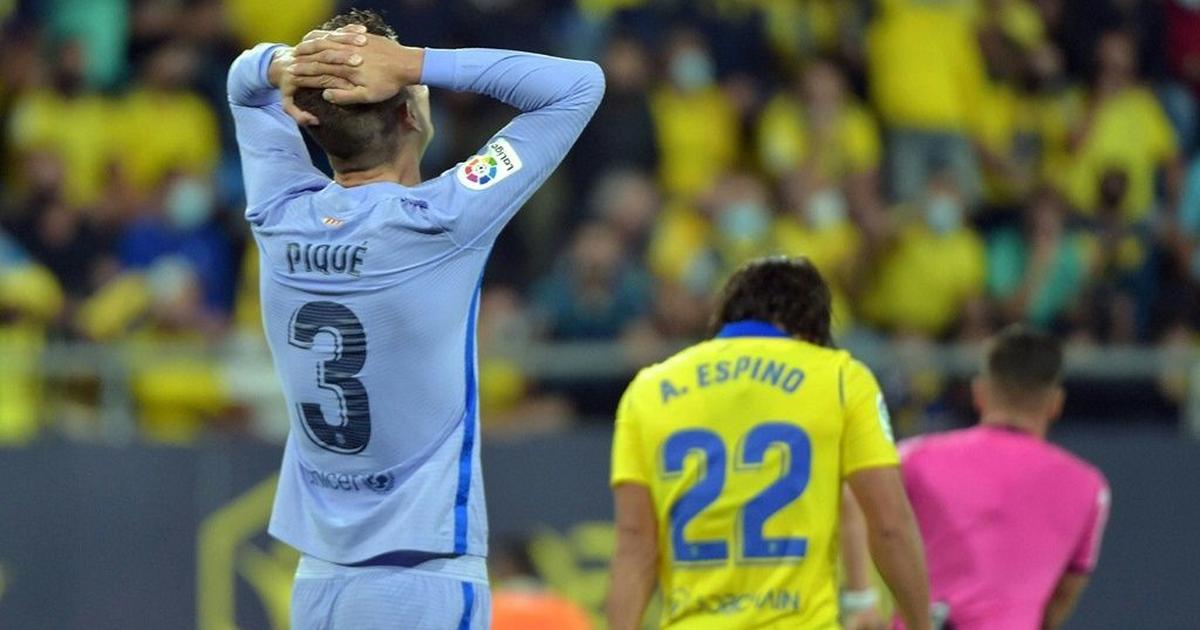 Madrid’s cap will be 739 million euros while Barca’s has been cut to just 97 million euros as a result of their dire financial situation.

The budgets issued by La Liga relate to the amount clubs are allowed to spend on transfer fees and salaries for first-team players, academy players and coaching staff.

Every year, La Liga calculates the limits after carrying out financial audits of clubs in Spain’s first and second divisions.

Set up in 2013, the controls are designed “to ensure responsible spending” and “long-term financial health”, La Liga has said.

Barcelona’s reduction is even worse than expected, with their cap slashed from 347 million euros to 97 million, leaving the Catalans with only the seventh highest budget in the top flight.

Lionel Messi and Antoine Griezmann were both allowed to leave in the summer in a desperate attempt to reduce the club’s wage bill and comply with La Liga’s regulations.

The wage bill now stands at around 80 percent of expected revenue, down from 105 percent in the summer, but still above La Liga’s required 70 percent.

Barcelona have also been hit harder after they confirmed losses of 481 million euros for last season, which was even more than the club anticipated.

“They acknowledged much higher losses than they had initially estimated so the impact is greater on their spending limit,” La Liga’s corporate general manager Jose Guerra said on Wednesday.

Barcelona, along with Real Madrid and Athletic Bilbao, opted out of La Liga’s deal with CVC Capital Partners, which involved an immediate cash injection of just over 2 billion euros in exchange for around 10 percent of broadcast income for 50 years.

“There were solutions that could have kept Messi at the club but the club’s management decided to use their resources differently,” Guerra said.

Real Madrid’s spending limit has increased by 270 million euros, which leaves them with 539 million euros more than Sevilla, who have the second highest cap in the division.

Madrid’s initial budget was 428 million euros but they were allowed to add another 292 million on top, after coming in under budget in previous seasons and making a profit from player sales.

Guerra said Madrid’s finances mean they could comfortably afford to sign Paris Saint-Germain striker Kylian Mbappe, who they tried to buy in the summer.

Atletico Madrid, Spain’s reigning champions, have the third highest cap with 171 million euros to spend, down 81 million from last year.

Valencia have been given just 30 million euros, the lowest cap in La Liga. The club’s debts have worsened due to both the Covid-19 pandemic and a failure to qualify for European competitions.