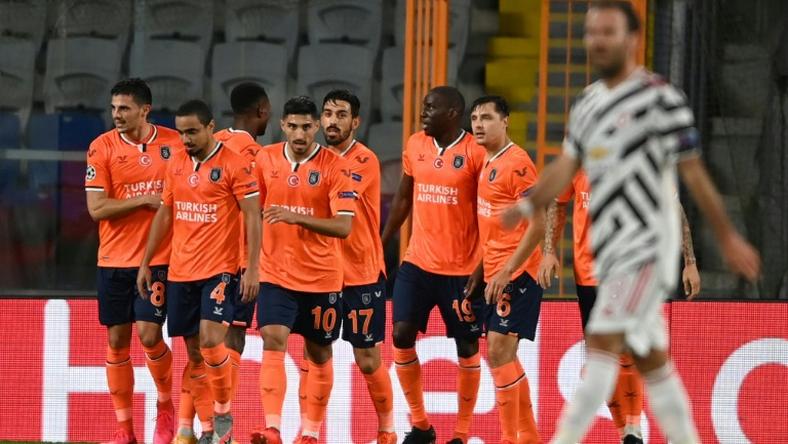 Nine-man Paris Saint-Germain lost to RB Leipzig in a repeat of last season’s semi-final and Chelsea proved too strong for Rennes, with Timo Werner twice converting from the penalty spot.

Making his 150th appearance in European competition, Messi dispatched an early penalty at Camp Nou after he was fouled in the area and Gerard Pique headed in Ansu Fati’s cross on the hour.

Cristiano Ronaldo made his first start for the Italian champions since September after testing positive for Covid-19 in a 4-1 win at Hungarian side Ferencvaros.

However, the Portuguese star was outshone by Alvaro Morata in Budapest whose two goals put Andrea Pirlo’s team in control.

Paulo Dybala added a third before an own goal from Lasha Dvali, with Franck Boli netting for the hosts in the final minute.

Demba Ba collected the ball just inside his own half and raced through to beat goalkeeper Dean Henderson on 13 minutes, with Edin Visca smashing in a second after Juan Mata was stripped of possession.

Anthony Martial’s header cut the deficit before half-time but United saw their momentum in Group H halted after wins over PSG and RB Leipzig last month.

“You don’t just turn up and get three points in the Champions League. We weren’t good enough, that’s it. It’s not easy to be positive when you’ve lost the way we did,” Solskjaer told BT Sport.

Emil Forsberg’s penalty earned RB Leipzig a 2-1 victory as they came from behind to beat a weakened Paris Saint-Germain, dealing a major blow to the Champions League aspirations of last season’s runners-up.

Angel di Maria had given PSG an early lead in Germany but he then crucially missed a penalty for the French champions, who were missing both Neymar and Kylian Mbappe due to injury and ended this game with nine men.

Christopher Nkunku equalised before half-time for Leipzig and Forsberg converted from the spot in the 57th minute before the visitors had both Idrissa Gueye and Presnel Kimpembe sent off.

“It’s difficult. It’s maybe our fault because we didn’t get the second goal and then made a mistake on the penalty,” said PSG coach Thomas Tuchel.

“There was a red card, it’s then hard, 10 against 11. There were too many things going against us.”

Chelsea strolled to a 3-0 win at home against Rennes who saw defender Dalbert sent off after conceding two penalties in the first half.

Werner took over spot-kick duties from Jorginho and confidently tucked both away before Tammy Abraham turned in a third for the Blues on 50 minutes.

Frank Lampard’s men have yet to concede in Group E and are level on seven points with Sevilla, who rallied to defeat Krasnodar 3-2 despite the dismissal of captain Jesus Navas late in the first half.

Goals from Magomed Suleymanov and Marcus Berg, the second a penalty, put Krasnodar ahead in Spain but Ivan Rakitic pulled one back for Sevilla before the break.

Morocco striker Youssef En-Nesyri struck twice in four second-half minutes to floor Krasnodar and leave the Russians alongside Rennes on just one point.

Erling Braut Haaland notched a brace to lead Borussia Dortmund to a 3-0 win at Club Brugge and send the Germans top of Group F. Thorgan Hazard had opened the scoring in his native Belgium.

Felipe Caicedo’s late equaliser earned Lazio a 1-1 draw at Zenit Saint Petersburg after Aleksandr Erokhin had struck in the first half in front of some 17,000 fans in Russia.