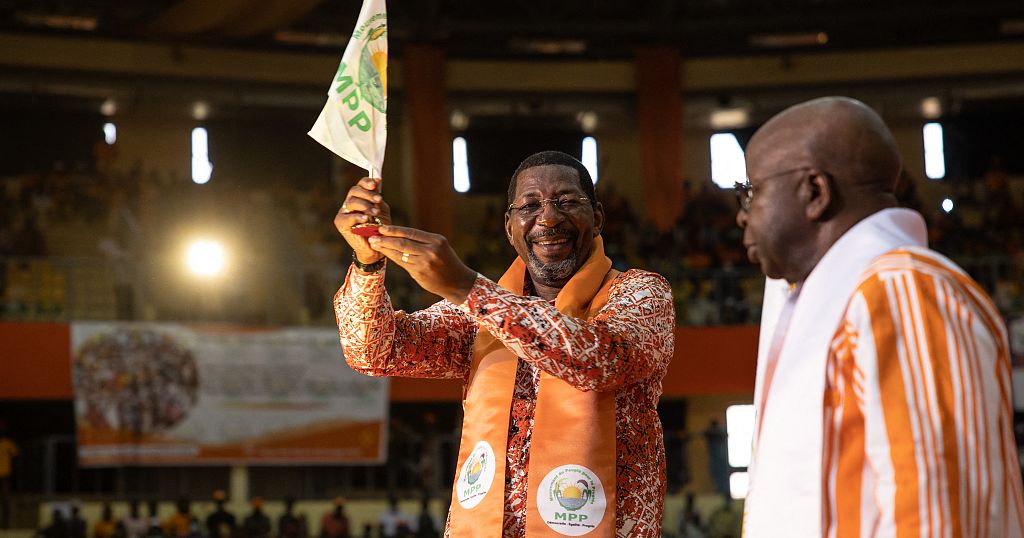 Burkina Faso’s ruling party, the People’s Movement for Progress, MPP, appointed Bala Alassane Sakandé as its new leader after an extraordinary congress in the capital, Ouagadougou.

Bala Alassane Sakandé was previously president of the National Assembly.

The event mobilized more than four thousand delegates from across the country.

The former president of the National Assembly is a long-time colleague of President Roch Marc Christian Kaboré.

In his acceptance speech, the new MPP president promised that his mission would be to keep the unity of the party.

The new MPP president replaces Simon Compaoré, one of the founders of the party who took the reins in 2017.

In his farewell speech, Compaoré said it’s now time to hand over to a new generation.

“You see, president of the MPP, when I was entrusted with such a noble, exciting mission, such an honourable task, I couldn’t refuse. But now, feeling my strength diminishing and with a view to handing over to younger brothers, I am retiring. It is now up to them. Bala! It is now up to you to continue the fight by supporting the president of Faso as he needs”, announced the outgoing president.

Bala Alassane Sakandé who is a former bank executive is considered by observers as the potential successor of President Kaboré whose second and final term ends in 2025.