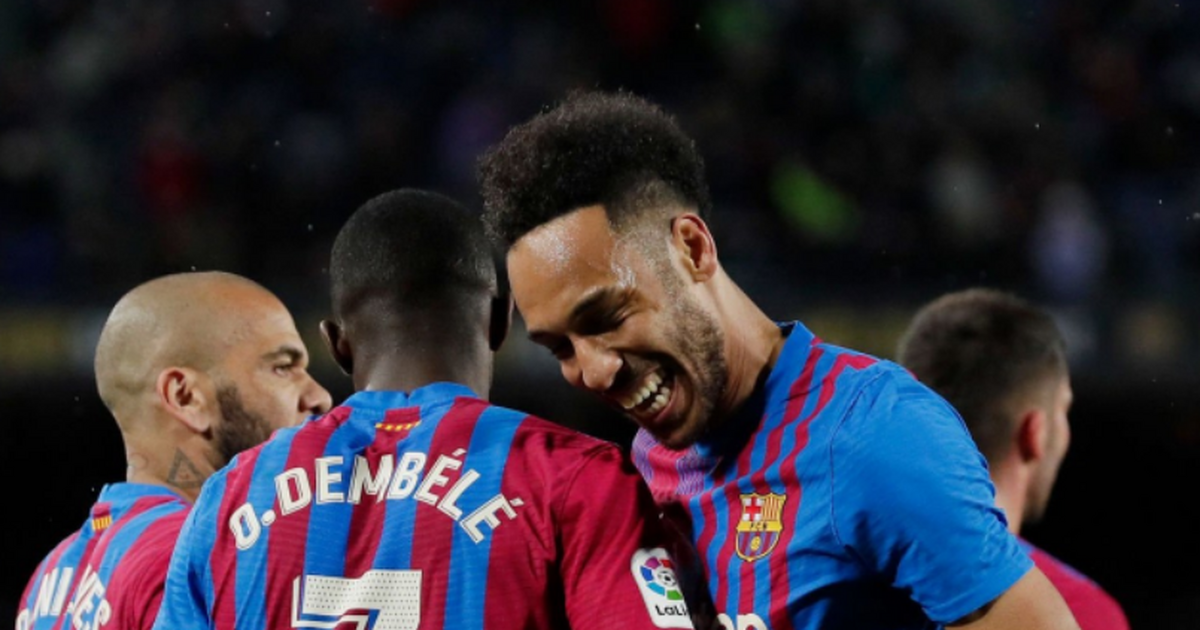 Barca went into the match on the back of a 2-1 win against Real Betis on Saturday. Xavi Hernandez’s men had not lost in the league since they suffered a shocking 1-0 loss to Cadiz at home.

The Catalan giants started on the front foot against Celta, but it was not until the half-hour mark they got the breakthrough.

Memphis Depay put the home side ahead, slotting home a low cross from Ousmane Dembele.

One soon became two, courtesy of a strike from Aubameyang in the 41st-minute. The ex-Arsenal striker fired home after a Celta defender attempted to stop Dembele’s cross fell into his path.

It was Aubameyang’s tenth league goal in the Spanish top-flight since he signed for Barcelona in January. It did not take long for the Gabon striker to make it 11 as he slotted home from another pass from the brilliant Dembele.

It was Dembele’s tenth assist of the season, the most in Europe’s top five leagues, taking him past PSG’s Lionel Messi. Celta did pull one back in the 50th-minute through Iago Aspas to threaten hopes of a comeback, having done the same in the reverse fixture.

However, their little hopes of a miraculous comeback went up in flames after Jeison Murillo was handed a straight red card in the 58th-minute.

There was also a huge scare for Barcelona as Ronald Araujo was stretchered off in the 68th-minute following a nasty collision. However, aside from that, it was a perfect night for Xavi’s men as they moved seven points clear of third-placed Sevilla, who have a game in hand.