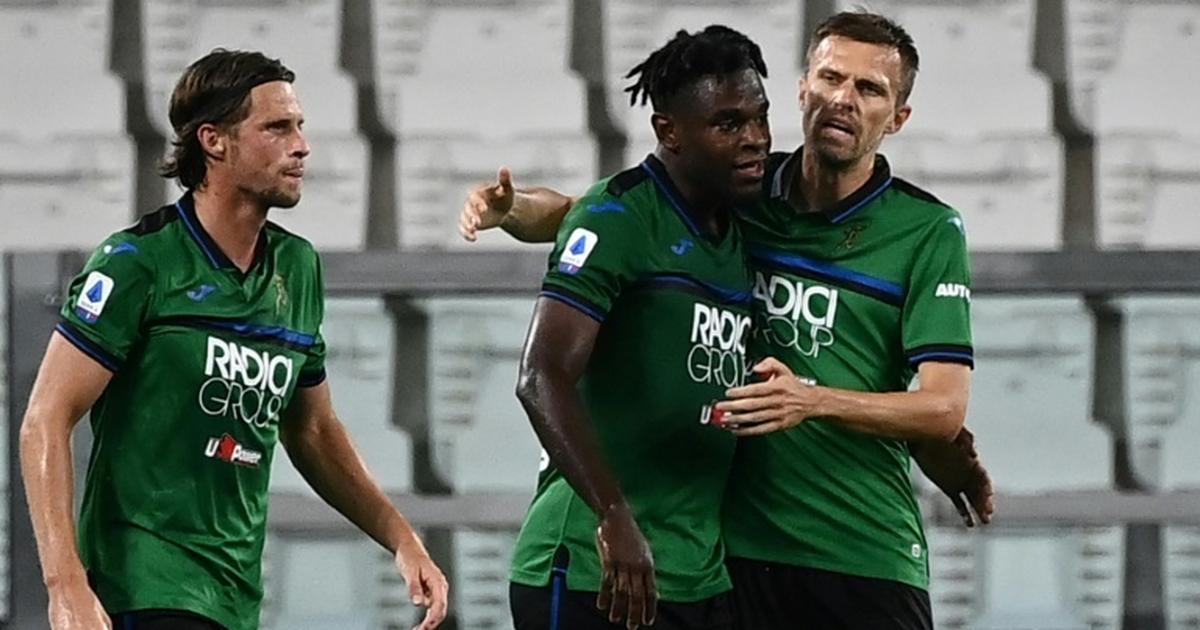 Atalanta move level on points with second-placed Inter Milan, but are six points adrift of Serie A leaders Juventus.

On-loan Pessina tapped in just before the hour mark in Verona minutes after Colombian striker Duvan Zapata had put the visitors ahead.

Atalanta move level on 71 points with second-placed Inter Milan, but are six points adrift of Serie A leaders Juventus.

“Talking about the Scudetto was always excessive,” said Gasperini, whose side have now scored in a club record 22 games in a row.

Atalanta’s hopes of a first Scudetto in the team’s 112-year history are all but over with four games left to play.

“Since the restart (after coronavirus), we’ve been notching up results at Scudetto-pace, but that was never our objective because something extraordinary had to happen for us, but also for Juventus.

“We lack a point to get to the Champions League,” continued Gasperini, whose side will play Paris Saint-Germain in the last eight of this year’s edition next month.

“It’s true, our thoughts are on the PSG, a lot. We set some milestones in the championship, the record, the second place.

“But we use these games to prepare ourselves for even higher quality and the Champions League.”

Milan turn on the power

Promoted Verona, in ninth, are coached by ex-Croatia midfielder Ivan Juric, who played under Gasperini in Genoa and was his assistant at Inter Milan and then Palermo.

“It was a good match against a difficult team who wanted revenge after a controversial loss to Roma,” added Gasperini, who lamented his side’s “lack of lucidity to close down the game”.

Atalanta threatened early on, with Mario Pasalic, scorer of a hat-trick against Brescia during the week, forcing a save from Marco Silvestri after quarter of an hour.

Zapata came close before the break, before getting his chance five minutes into the second half pouncing on a blunder by Koray Gunter to blast past Silvestri.

It was the Colombian’s 18th goal in all competitions this season, and 80th in his Serie A career between Atalanta, Sampdoria, Udinese and Napoli.

Four minutes later Pessina send in a rebound for his seventh league goal this season.

“I’m a bit sorry because I owe so much to Atalanta,” said Pessina, “but I’m a Verona player now.

“I’m happy that my goals this season were important to the team to stay in the top-flight and to aim high.”

AC Milan continued their fine form since the return from lockdown extending their unbeaten run to eight games, including six wins, with a 5-1 success over Bologna to move sixth and into the Europa League places.

Japanese defender Takehiro Tomiyasu gave Bologna hope, firing in for just outside the box for his first Serie A goal just before the break.

But Calhanoglu set up Ismael Bennacer for the third just after the break with Ante Rebic grabbed the fourth, three minutes before the hour mark with Davide Calabria adding a fifth in injury time

Milan move three points ahead of Napoli who host Udinese on Sunday and within a point of Roma.

Eighth-placed Sassuolo’s Europa League hopes dwindled in a 1-1 draw at ten-man Cagliari in a game the visitors dominated.

Francesco Caputo had headed Sassuolo ahead after 12 minutes scoring in his third consecutive game to bring his league tally to 18 this season.