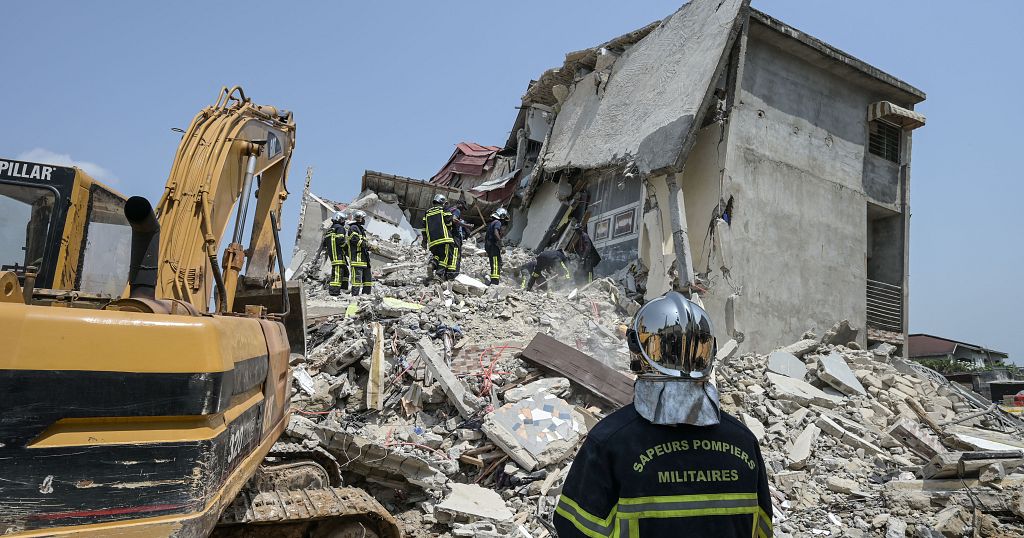 A four-storey building collapsed in the night of Sunday to Monday in the city’s Angre district killing at least 5 and injuring more than 15 people.

At least five people including three children have died with more than 15 others injured, after a building collapsed in Abidjan, Ivory Coast.

The four-storey building collapsed in the night of Sunday to Monday in the city’s Angre district. As firefighters continued to look for victims during the day families waited anxiously to be updated on the fate of their loved ones.

It was the case for Aziz Moujib: “At the moment my brother, his wife, two children and the maid are still unaccounted for. So five people are still in there. Bu we have no news so far. It’s complicated.“

William Aimond, father of a 14-year-old victim was devastated: “Those who were in the house went out through the different rooms. My daughter was the only one in the living room – the place I go to when I come home a bit tired … – the couch I sleep on, that’s where she was lying after was done revising. “

According to multiples testimonies, the owner of the building had been alarmed on the risks. Tenants told local media they found cracks.

The incident comes a week after another building under construction collapsed in another part of Abidjan, killing seven.

Angre district has undergone a real-estate boom in recent years and some property developer paid no heed to safety rules.