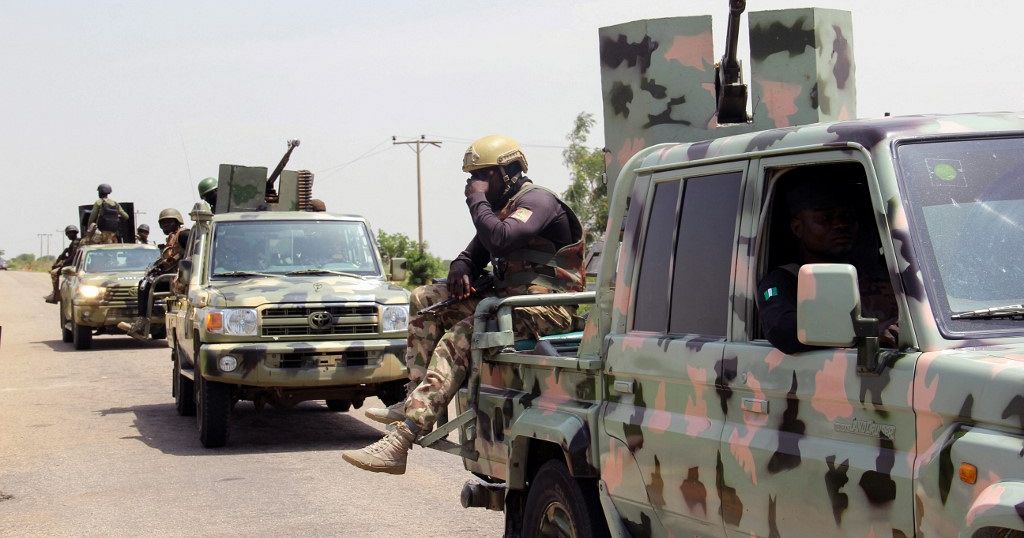 More than 40 people have been killed since Sunday in two village attacks by gunmen in northwestern Nigeria, where a military base was also attacked by suspected jihadists, authorities said Monday.

“Soldiers were dispatched to the scene of the attack, where they came under fire, before forcing the attackers to retreat after intense gunfire,” the official added.

“In retaliation” for this attack, as well as another in which one person was killed in the village of Jankasa, “eight people were killed, six were wounded, and several houses destroyed (…) in the village of Kacecere” by “unidentified men”, according to a new statement signed by Mr. Aruwan and issued early Monday evening.

The statement did not say whether the retaliatory attack was carried out on Sunday or Monday.

For years, there has been bitter competition for natural resources between transhumant herders and sedentary farmers in central and northwestern Nigeria, with the latter accusing the former of plundering their land with their livestock.

Worsened by climate change and the population explosion in this country of 200 million people, the sporadic violence has led to a serious security crisis, with attacks by heavily armed bandits and endless reprisals between communities.

This year, these gangs have targeted schools and universities, kidnapping more than 1,400 students, according to UNICEF.

These criminal groups are not ideologically motivated, although links with jihadist groups in the northeast have been documented for several years and appear to have intensified in recent weeks.

The Nigerian military said Monday that suspected Islamic State in West Africa (Iswap) fighters and criminals attacked Burkusuma camp, one of their bases in Sokoto state, in Nigeria’s far northwest, on Sunday.

The Iswap hideout is in northeastern Nigeria, which has been plagued by jihadist insurgency for the past 12 years, hundreds of miles from northwestern Nigeria, where the “bandits” operate.

Information about the attack has been slow to emerge because authorities in Sokoto have cut off the telephone network in part of the territory in order to fight the bandits more effectively.

A medical staff member at a hospital in Sokoto told AFP that 17 bodies, “wearing uniforms,” were taken to the district morgue where the base is located.

This information was not confirmed by military or police sources.

“Several Iswap fighters were eliminated, and others escaped but were injured to varying degrees,” Sawyerr added.

“Unfortunately, there were a number of casualties recorded among our troops,” he added without giving further details.

This week, military sources also warned of a movement of more than 200 fighters belonging to another jihadist group present in the Northeast and heading towards Kaduna State.

A military operation has been underway since early September in Zamfara State, the main hideout of the “bandits. Neighboring states, such as Kaduna, Sokoto and Katsina, are concerned about the movement of these groups into their territories.

They have put restrictions in place, including cutting off telephone networks to prevent the armed groups from talking to each other.

But these restrictions are also exacerbating the economic difficulties of the people of northwestern Nigeria, who are already suffering from extreme poverty.