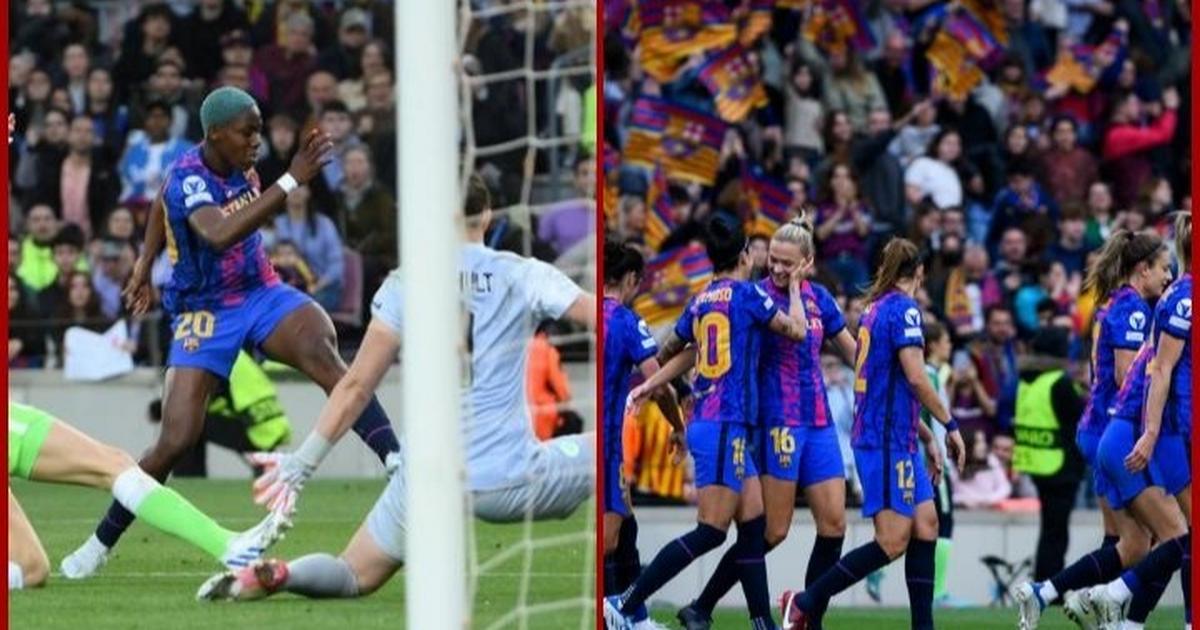 Oshoala made her much-awaited return after over two months out due to an injury in Barcelona’s dominant 5-1 Champions League semi-final first-leg win over Wolfsburg on Friday night.

The 27-year-old was subbed on in the 73rd minute of the game as a replacement for one of the scorers on the night, Jennifer Hermoso.

It was Oshoala’s first game for Barcelona Femeni since the 3-0 win over Athletic Club in the La Liga on February 13.

Meanwhile, Alexia Putellas was the star of the match after she scored a brace in either half to help Barcelona ensure they have one leg in the final after a convincing win in the first leg.

Aitana Bonmati opened the scoring as early as the third minute before two goals from Caroline Hansen in the 10th minute and Jennifer Hermoso gave Barcelona a commanding 3-0 lead just after the half-hour mark.

Putellas netted the first of her two goals just before the break to extend Barcelona’s lead to 4-0 heading into the break.

Jill Roord pulled one back for the Germans in the 70th minute but it turned out to be just a consolation as Putellas restored Barcelona’s four-goal lead five minutes from time to seal the game and comfortable win.