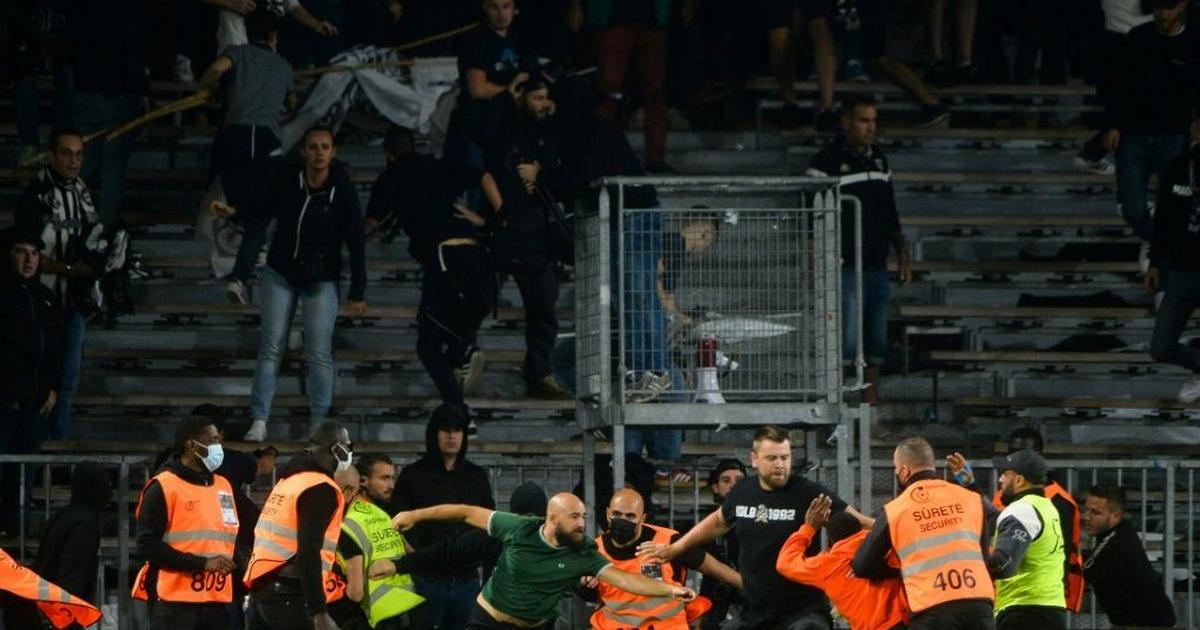 A bus carrying Bordeaux supporters to Wednesday’s game against Montpellier in southern France was attacked with stones as it drove from the airport, leaving 16 people with minor injuries.

Another match on Wednesday between Angers and Marseille at Angers’ Raymond Kopa stadium was interrupted when supporters invaded the pitch and threw flares.

At the final whistle of the 0-0 draw, a group of Marseille supporters left the area of the stadium reserved for visiting fans and tried to confront their Angers counterparts before stadium security staff regained control.

Two Marseille supporters were arrested for their role in those incidents, prosecutors said.

Jean-Michel Blanquer, France’s education minister who also has overall responsibility for sport, described the incidents as the result of “unacceptable hooliganism” and called for tough action from the Ligue 1 authorities.

“There are people who should be banned from stadiums in the future as soon as they come out with this kind of behaviour,” Blanquer told LCI television.

Later Thursday, French league officials ordered one of the stands at Angers’ Stade Raymond Kopa to be closed for the home game with Metz on October 3.

Marseille fans, meanwhile, will be banned from the stadium at Lille on the same date after officials ordered the closure of the visiting fans’ section.

The latest incidents come after riot police had to intervene when the northern derby between Lens and Lille on Saturday was temporarily halted by a pitch invasion after the first half.

French football has not traditionally suffered the same problems of hooliganism experienced in England, Italy and Germany.