Hammer of the Last 2 fame added that “if his methods confuse u let it be known cos that would mean it’s relative to u, nothing wrong if his ways confuse u… just don’t try to generalize it as a tag“.

The comments are coming at the back of Arnold criticizing Shatta Wale for saying he couldn’t tell what music genre Ghana is known for when he was on his trip in the U.S. Arnold in his submission opined that Shatta Wale forgetting to mention High Life means he is confused and inconsistent.

In Hammer’s Facebook post, he emphasized that “it wouldn’t be the first time something has eluded another individual in this life. That’s actually why there’s a saying that “ppl fear what they don’t understand.

“Do you know how many ppl have been called confused and crazy in history, just cos they were misunderstood, only for them to change the narrative that eventually went on to influence society for the better?”

“Arnold u shld knw better. A few tantrums and politically incorrect outbursts from star boy and so what!!” Hammer said. 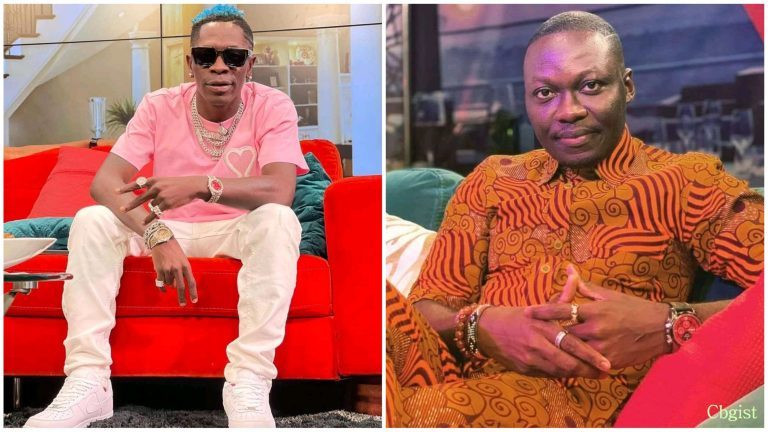 He continued that “U forget we made him this way? The cruelty of this industry swallowed him and spit him out, the only difference here is the fact that he fought back and created success however way possible… what be this!!! The guy is actually trying to go beyond himself to move the industry into a better space and u think u know better because of 2 lame examples of Nigerian genres u cited?”

“Me myself I don’t agree with the idea of one Genre to represent GH but can’t I have that opinion without being disrespectful? Sometimes you guys sound like u wanted to be musicians and it didn’t work out,” the sound engineer lashed out the showbiz pundit and entertainment journalist.

Hammer’s comment didn’t sit well Arnold so he replied in a Facebook post seen pulse.com.gh. He wrote ” LOL! Leaders? We are fucked! Da Hammer, for a moment I wish you were my peer, contemporary – anka you will clap for me!”

“Out of reverence to your legendary status; which I have now limited to works and not ‘brains’, I will let you sleep easy, very easy!” Arnold added.

Hammer clapped at Arnold again, saying “look am, Arnold wan handle me with subliminal shots. Lol Why do writers have this perception say brains be English grammar… if ibi so like we dey wayyy ahead of the Chinese massa. Like by now ibi u sef dey pay UTV… U no go need the tnt or per diem sef“.

“Massa don’t throw lame shots at me… I move different. I been around, I saw u grow.. regardless I still respect your person cos u earned it…” he added and insisted that “this isn’t personal. U were disrespectful and that’s it, nothing more. U can disagree with someone but u can’t call them confused cos u disagree. Simplicita“.