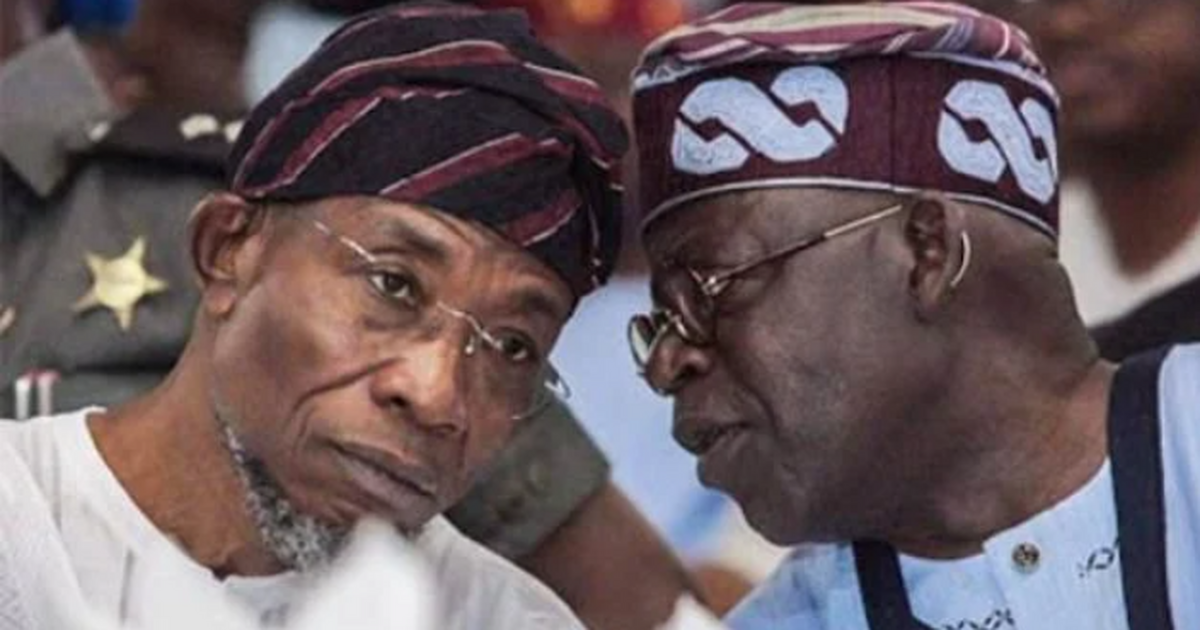 Aregbesola while addressing members of the All Progressives Congress in the Ijebu-Jesa area of Osun State on Monday, February 14, 2022, said he revered Tinubu and he compared himself to God.

The former governor of Osun State said this ahead of Saturday’s governorship primary election in the state.

Aregbesola, who was Commissioner of Works and Infrastructure during Tinubu-led administration in Lagos said the former governor repaid his loyalty with treachery.

He said Tinubu foisted the incumbent governor, Gboyega Oyetola on the people of Osun State against their will.

Aregbesola said if a former governor of Lagos State, Akinwunmi Ambode could be rejected because he allegedly derailed from Lagos master plan, it won’t be wrong to mete out the same treatment to Oyetola whom he described as Tinubu’s brother.

Aregbesola said, “We came back home to reposition our party to where it was meant to be because we followed the leading of our leader that we thought was a noble and reliable fellow. We followed him (Tinubu) dutifully with all sense of loyalty. Some people even thought that we were no longer Muslims because of how we cooperated with him. We dealt with him without treachery but we never knew he planned evil for us. We exalted him beyond his status and he turned himself to a god over us and we had sworn to ridicule anyone who compare himself to God. God has no competitor; He is enough to be God.

“We built this party on perseverance as well as sweat and blood. We lost a lot of people in this struggle but eventually, we came into government on November 27, 2010. We were in government for eight years and governed according to the measure of God’s grace, everybody in Osun enjoyed our tenure.”

“When he (Tinubu) will hand over the present governor to me around July of 2018, he (Tinubu) declared that he (Oyetola) will succeed me and continue my good works. That was what he told me. He knows he has not done so if he is listening now and he has failed to call my successor to order.

Aregbesola, who was governor of Osun State from 2010 to 2018, condemned godfatherism and enthronement by treacherous leaders, saying enough is enough.