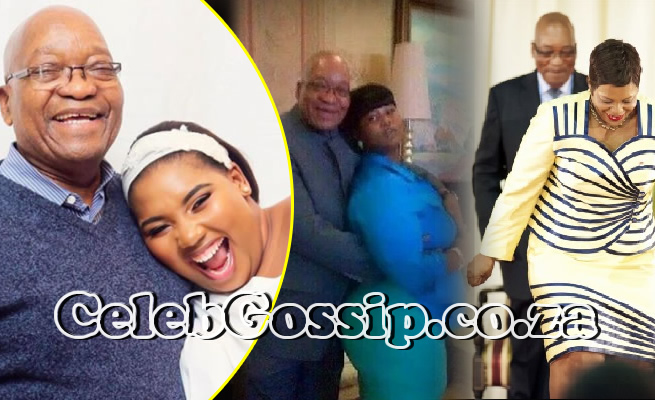 Nonkanyiso Conco faced many questions about her relationship status with the former president.

Dressed in their best high fashion, from make-up to designer gowns, the Real Housewives of Durban cast put their best foot forward as the first season drew to a close on Thursday.

The reunion hosted by Phat Joe, fashion-wise did not disappoint, as the ladies went down memory lane to revisit the most talked about moments of the show. From mending friendships to tackling tribalism, the group of five women, Ayanda Ncwane, Kgomotso Ndungane, Nonkanyiso Conco, Sorisha Naidoo and Nonku Williams, did not hold back.

The biggest talking point was Conco also known as LaConco. The audience were not happy that the businesswoman who is or was linked to former president Jacob Zuma evaded questions about her relationship with him.

The two were engaged in 2018 but she refused to clear the air about her and Zuma’s rumoured engagement.

Viewers wondered why LaConco would join a reality show and not divulge some parts of her private life.

She didn’t even answer if they are still together. She wants to keep the Zuma name out of media yet she is on a reality show, how?? Mxm

“She didn’t even answer if they are still together. She wants to keep the Zuma name out of media yet she is on a reality show, how?? Mxm”

Laconco was appreciative of the opportunity to appear on the show, she said on Instagram.

“If your mind was set to meet me you have met and learnt of me indeed, thank you for the love and supporting my adventures. Production crew thank you for all, well done for the show it’s been a pleasure working with you. My co-stars well done ladies and wishing you light and success.”

Fans were equally impressed with all the women’s fashion for the last episode, even though the reunion was disappointing.

She really came to SLAY HARD at this reunion! #RHODurban