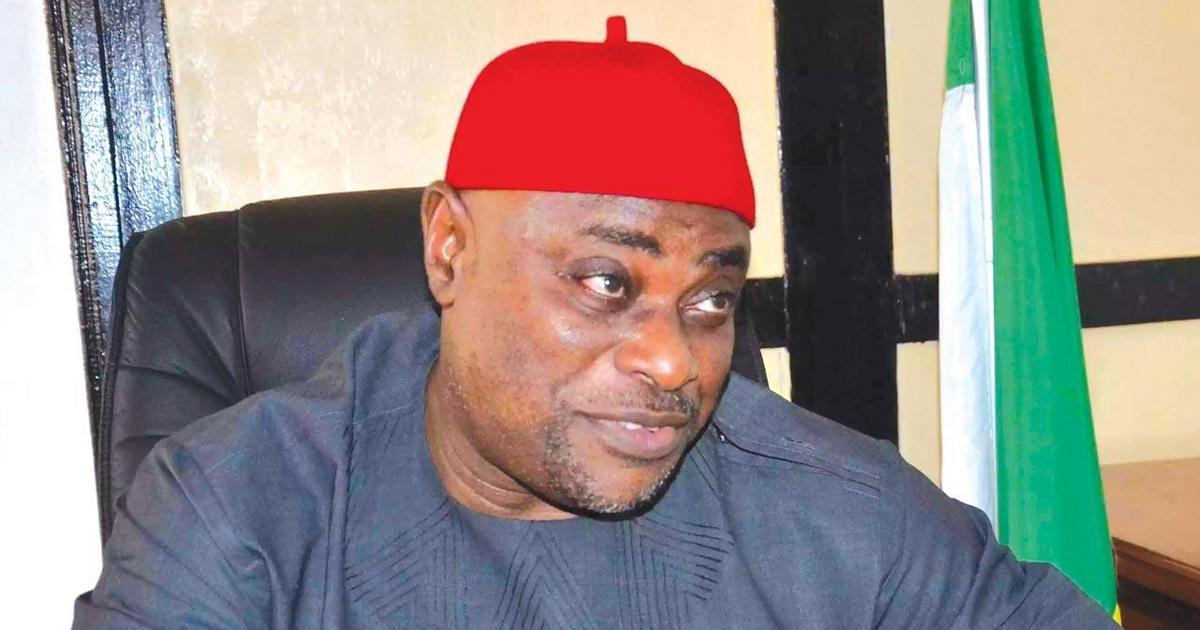 Njoku was sacked as APGA’s national chairman by the lower court in Jigawa State and went on to lose at the appellate court as well. He thereafter took his search for justice to the Supreme Court which according to him, has now recognized him as the national chairman of the party, after writing the apex court to revisit its error of October 14, 2021 ruling.

According to Njoku, the Supreme Court had in its 2021 ruling on the leadership tussle of APGA, misplaced his name with that of Victor Oye, adding that following the letter addressed to Justice Mary Odilli of the Supreme Court, same has now been corrected, thus making him the APGA authentic national chairman.

He said: “I was removed by the lower court in Jigawa State. We went on an appeal and we saw what happened at the appeal court. We went to the supreme Court and things happened, but the Supreme Court is full of wise men and women and we took our time, asked them to look at that thing again and on Monday, it was corrected.

“They just took the name; it is just a name that was inserted where it was supposed to have been and they now put things back in place. We are going to have another press conference but what I really want to do is to thank all Nigerians who have stood behind justice, who have stood behind truth, all those who have laboured under the side of truth for the past four years we have been crying.”

According to him, a meeting of key stakeholders of the party will hold soon to chart the way forward, adding, “everyone who left our party, please come back. There is room for all of us. APGA is not an Igbo party but a party the Igbo have strong sentiment for. We need to be truly guided and I also have to choose my words.

“And I beg the seven members of the National Working Committee to calm down. We have to reduce the rhetorics of insulting one another. Oye is a gentleman and I have high respect for him as a former national chairman of our party.

In his reaction however, Oye described the said insertion as “fake and doctored” and promised to make public the true state of affairs of the party.

In a statement signed by Tex Kpakpando, national publicity secretary of the party, the Oye-led faction said Njoku is merely out to create confusion for the party.

The statement read in part: “It has been the persistent practice of meddlesome interlopers like Edozie Njoku and co, to create confusion and may distract every genuine constitutional APGA activities .

“The integrity of the highly respectable apex court of the federal republic of Nigeria cannot be toyed with or brought to disrepute by anybody whosoever.

“This intermittent abuse and publication of the supreme court’s orders, rulings or judgements by Edozie Njoku and Jude Okeke should be addressed with serious measure to avoid unprecedented crisis.

“APGA is a lawfully registered political party and has Dr. Victor Oye as it’s one and only national chairman recognized by the Independent National Electoral Commission, INEC.

“Dr. Victor Ike Oye is a responsible, respectable chairman of the third largest political party in Nigeria, a distinguished and law abiding citizen of Nigeria and therefore deserves respect.”