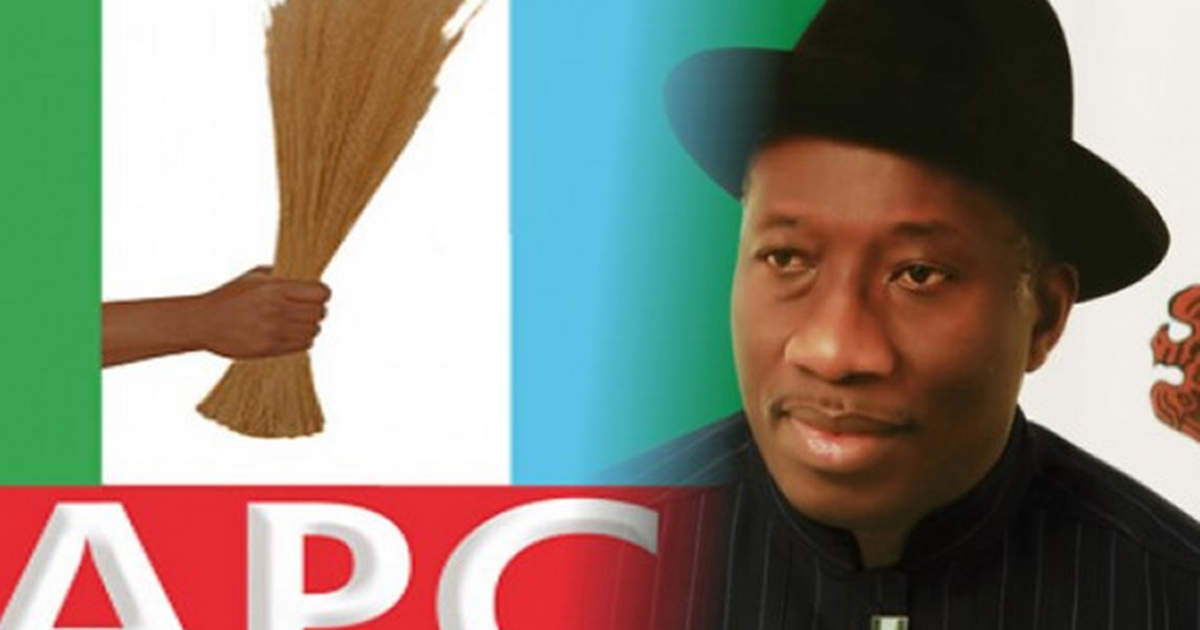 The protesting youths who stormed the national secretariat of the party in Abuja on Thursday, May 5, 2020, said the party must not impose Jonathan on them.

The protesters argued that imposing the ex-president would ultimately kill the party.

Alhaji Toyin Rahim, the convener of the group while addressing journalists wondered how the APC would justify its decision to bring back a man it had described as corrupt and incompetent.

“The rumour has been around for some time now that former President Jonathan of the was being wooed by some power players within the APC to join the Party and fly its presidential ticket for the 2023 election.

“What began as a mere rumour seems to be gathering momentum so close to the presidential primary of our great party. This Jonathan project cannot fly simply because it cannot help our party and we want to do our best to ensure that our Party does not fall victim to ill-advised action that can push the party out of power.

“One of the most telling negative implications of such an action is that the APC does not have anyone of electoral value who can win an election for us except we smuggle in a former president we defeated seven years ago for his glaring incompetence as president.”

Rahim said the APC does not need to smuggle Jonathan into the party because the party has many presidential aspirants with ‘credible pedigrees and humongous electoral value.’