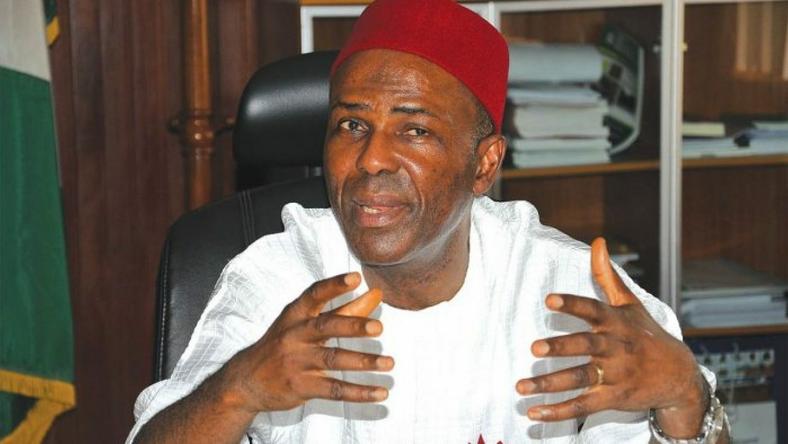 According to Onu, the leaders met to review the situation of the party in the South-East.

“Leaders of APC in the South-East met in the residence of our governor, governor of Imo.

While noting that the party had just one governor out of the 36 state governors, the minister said that effort was underway to ensure that all the five states of the region produced governor of APC.

“We have one governor now. We are working so that by 2023 we will be able to have five governors who are of APC in the South-East.

“We are very optimistic. We have the people and whatever problems we have, we will resolve them.

“We are also preparing for the by-elections, one in Enugu, and there is a Senate seat in Imo. We are working very hard to make sure that we win in these elections.

Also speaking, former President of the Senate, Chief Ken Nnamani, while responding to questions from newsmen on purported cross carpeting of Gov. David Umahi of Ebonyi, said that it was work in progress.

“The issue of the governor of Ebonyi is work in progress. We are not definitive about what is going to happen but we are trying to show that our party is a very large one.

“We are in the process of rebuilding the party. Our gate is wide open for every person who loves democracy.

“We are expecting many more people to join. We have very large rooms for those who are willing to join the train of APC.

“APC train has left the station but we keep stopping at various stations if any person is willing to join.

“We will pick you up and there is a comfortable seat, this is a new APC coming up,” Nnamani said.