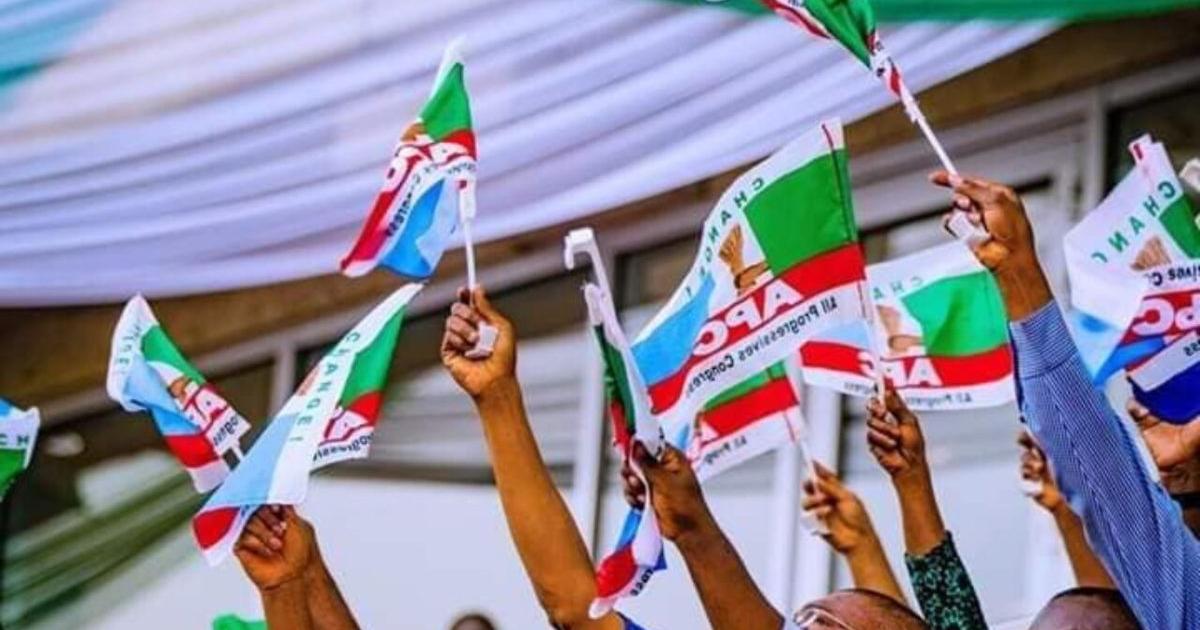 The Caretaker Extraordinary Convention Planning Committee (CECPC) made this known in a press statement on Thursday, March 24, 2022.

The statement was titled, ‘Attention to political office holders who were elected as delegates’.

The CECPC said the decision was necessitated by the controversy surrounding Section 84 (12) of the Electoral Act, adding that the political aides were allowed to attend the convention as mere observers.

The statement reads, “The National Caretaker Extraordinary Convention Planning Committee of APC has declared that all political appointees who were elected as delegates to the National Convention slated for 26/3/2022 SHALL NOT VOTE in view of the controversy surrounding Section 84 (12) of the Electoral Act, 2022.

“However, political appointees can still attend as observers.”

Recall that the National Assembly had roundly rejected President Muhammadu Buhari‘s request to amendment the said section of the Act.

Section 84(10) of the Electoral Act prohibits political office holders from contesting for party positions and/or acting as delegates at the convention except they resign their appointment.

The section reads, “No political appointee at any level shall be a voting delegate or be voted for at the convention or congress of any political party for the purpose of the nomination of candidates for any election.”

According to reports on Wednesday, the president and APC Governors had opted for consensus to choose party officials, including theNational Chairman.