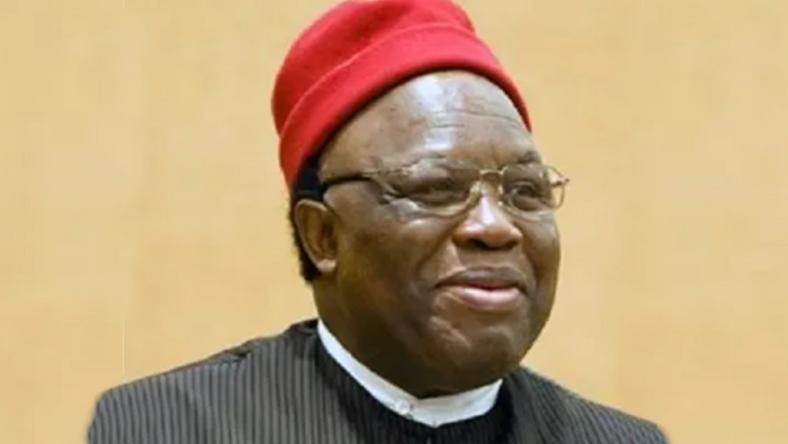 Akpanudoedehe said that going by his distinguished service to the nation, Obiozor’s experience and suitability for the strategic position of President-General of Ohaneze Ndigbo was not in doubt.

“On behalf of the National Chairman of APC CECPC, Gov. Mai Mala Buni and the entire APC family, our great party congratulates Obiozor on his election as the President-General of the apex Igbo socio-cultural organisation, Ohaneze Ndigbo.

“We also congratulate the outgoing Chief John Nwodo executive for its mature and patriotic leadership of the Ohaneze Ndigbo,” he said.

Akpanudoedehe wished the Obiozor-led Ohaneze Ndigbo a successful tenure, adding that the desire of the APC was to place the East geo-political zone in its deserved political standing in the country.

He further added that the APC CECPC under the leadership of Gov. Buni was determined to consolidate on the ongoing efforts to further mainstream the South-East geo-political zone in the workings of the party.

He said that the APC was ready to partner and work with the new leadership of Ohaneze Ndigbo to ensure development of the region and the country at large.

Akpanudoedehe said that the APC was confident that the new leadership would be a bastion for the unity and tolerance all Nigerians should imbue for the peace and progress of the country.

The News Agency of Nigeria (NAN) reports that Obiozor, a former Nigerian Ambassador to the United States, Israel and Cyprus, polled 304 votes to defeat his closest rival, Valentine Oparaocha, who polled 15 votes.

The election took place at the Dan Anyiam Stadium in Owerri, capital of Imo after the dissolution of the Nwodo-led executives.

Gary Igariwey, Chairman of the Electoral Committee, adopted the option A4 voting for the balloting to promote transparency and credibility of the process.

However, three of the contestants including Chukwunyere Nwaebo, Goddy Uwazuruike and Uju Okoro stepped down for Obiozor before voting began.

The electoral committee had said that three of the eight persons, who picked the nomination form, did not return the forms; they include Chidi Osuagwu, Chris Asoluka and Joe Nworgu.