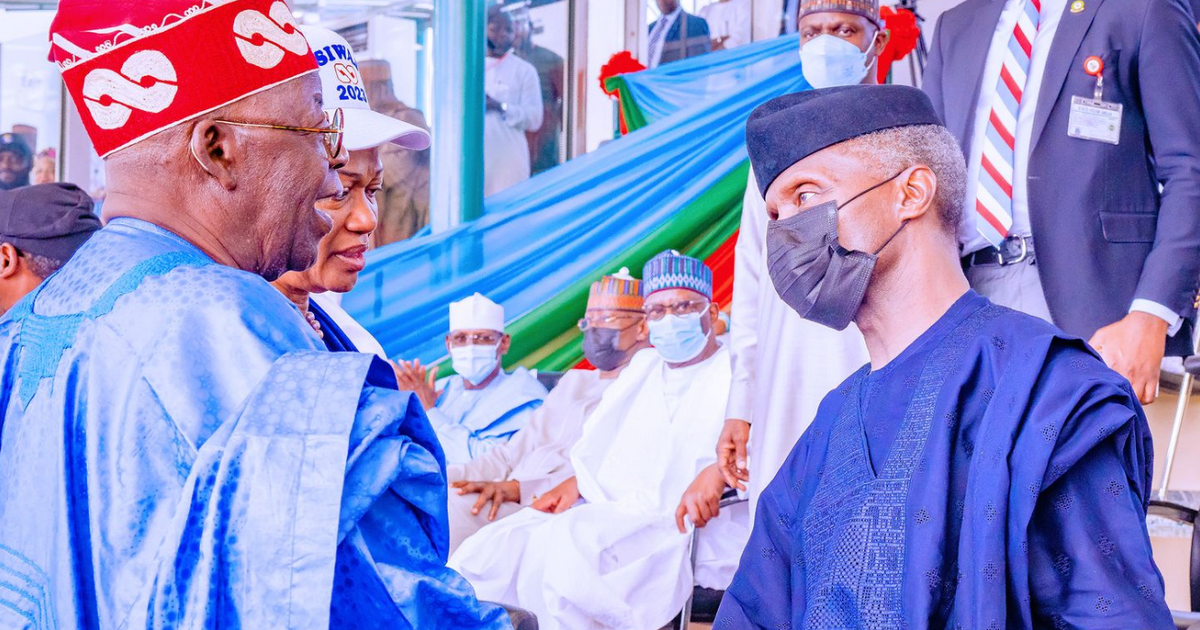 Tinubu floored Osinbajo and 13 other aspirants to emerge winner of the much talked about convention on June 8, 2022.

Prior to the primary, there were rumoured beef between Tinubu and Osinbajo camps over the decision of the latter to challenge his political benefactor for the APC ticket.

This is the mood that was sustained all through the convention and there have been suspicions over how the Vice President would react to his defeat in the hands of his political godfather.

However, his Senior Special Assistant on Media and Publicity, Laolu Akande, said in a tweet on Thursday, June 9, 2022, that the VP had “issued a formal statement congratulating Asiwaju Tinubu on his victory yesterday as APC’s Presidential Flagbearer in next year’s election.”

Osinbajo’s statement read, “I congratulate Asiwaju Bola Ahmed Tinubu on his victory at our party primaries and his emergence as the Presidential Candidate and Flagbearer of our great party, the APC for the forthcoming 2023 Presidential Elections.

“l also congratulate President Muhammadu Buhari and all leaders of the APC for a successful Special Convention and Presidential Primary.

“For many decades, our Flagbearer has shown passion, patriotism, courage and determination in the cause of nation-building. His sterling contributions to our democracy and its progress stand him out. His wealth of experience will certainly be critical in our party’s continued efforts to attain a more secure and prosperous Nigeria.

“To all members of our great party, regardless of who you voted for at the primaries, we must now unite behind our Presidential Candidate and Flagbearer to ensure victory for our party in the 2023 elections.

As true progressives, we must remain strong and united in pursuing our collective vision as a party toward building a country that can provide a decent life and livelihoods for all our people.”

48 mins ago A. Doris Ehujuo