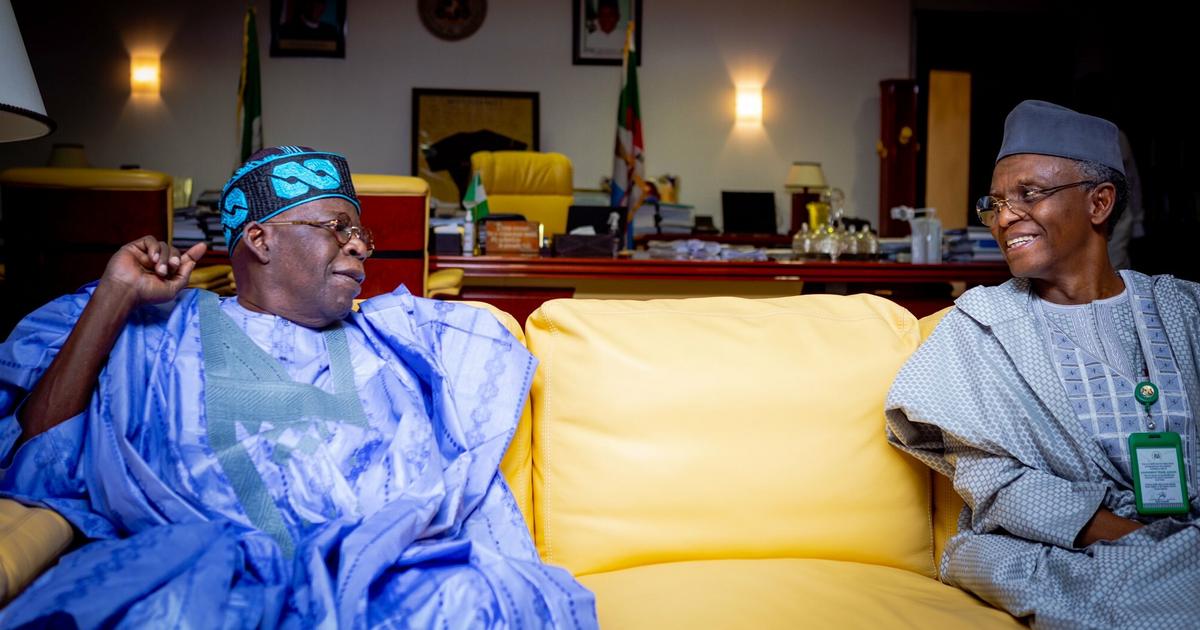 In the primary conducted from Tuesday through Wednesday, the former Governor of Lagos state polled 1,271 votes to leave the former Minister of Transportation, Rotimi Amaechi, in distant second place with 316 votes while Vice president, Yemi Osinbajo finished third with 235 votes from the total 1,203 votes cast.

Commenting on the outcome of the primary during a Channels Television program, Politics Today, El-Rufai disclosed that he and his colleagues from the North-West decided to endorse Tinubu after President Muhammadu Buhari chose not to adopt any aspirant.

He said he had asked Buhari to pick his preferred choice amongst a list of five Southern aspirants but the president declined and insisted that he had no favoured candidate.

“Before I went to address the Kaduna delegates for the last time before the voting, I went to the president and I asked him, Mr President, have you decided on who we should vote for, he said ‘I told you, go and vote for any of the five’

“I said Mr President, the Kaduna delegates are your delegates, you’re going to retire and live in Kaduna. So, you can tell me who you want out of the five, and the president said I want all five, let the delegates decide.

“Is said, what should I tell Kaduna delegates, he said ‘tell them to vote their conscience.'”

El-Rufai said the pattern of voting showed that the north-west delegates spread their votes across the three candidates, Tinubu, Amaechi and Osinbajo, but the former Lagos governor got the most votes.

“I will not say all the governors did that, we the north-west governors we met, and most of us decided that, look, the person that we can more easily sell in our region will be Asiwaju Bola Tinubu and that’s why you see the pattern of the voting that way,” he said.

Tinubu has since his mergence visited Buhari, Osinbajo, Amaechi, and other aspirants who contested with him in an effort to unite the party ahead of the general election next year.