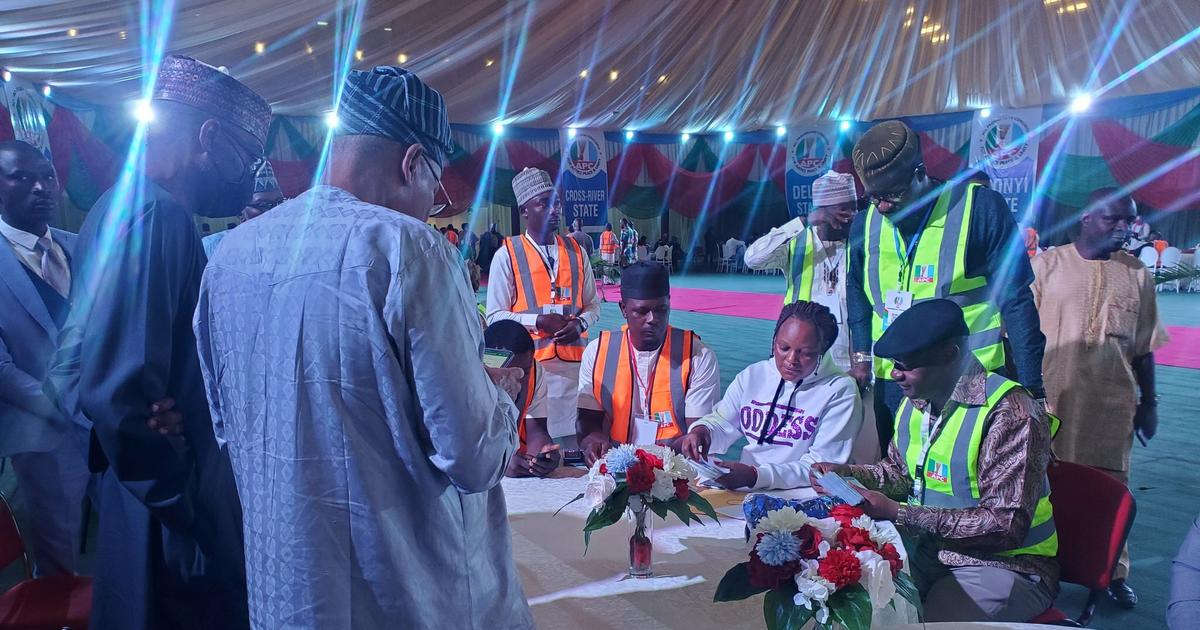 The delegates, three from each local government area, were seen in different uniforms popularly called “aso-ebi”, especially those from Western and Southern region.

The delegates on queue would cast their votes for their preferred aspirant that would emerge as the party’s 2023 presidential candidate.

Although 23 presidential aspirants bought the party’s presidential Expression of Interest and Nomination forms to contest the presidency, 13 were cleared by the Chief John Odigie-Oyegun Presidential Screening Committee.

President Muhammadu Buhari at a dinner with the party’s presidential aspirants on Saturday backed the rotation of power to the southern part of the country in 2023.

This limited the number of aspirants that would be contesting the presidential ticket at the primary to those from the South if a consensus candidate was not picked.

NAN also reports that 11 governors from the North had in a statement on Saturday, announced their decision to support power shift to the South after Buhari’s tenure.

Meanwhile, there is watertight security at the Abuja Eagle Square located in the Central Business District, venue of the APC special convention, as vehicular and human traffic had been restricted.

All roads leading to the Eagle Square had been cordoned off, with mobile policemen positioned at strategic positions.

There is also gridlock in most parts of the city, including Adetokunbo Ademola Crescent, Ibrahim Babangida Way and other areas, as commuters are seen trekking to cover some distance.

Some residents of the FCT said the day should have been declared a public holiday, while journalists slated to cover the event struggle to get accreditation tags from the convention accreditation committee as they are seen hanging around.

Meanwhile, the APC presidential primary election is expected to run through the night.