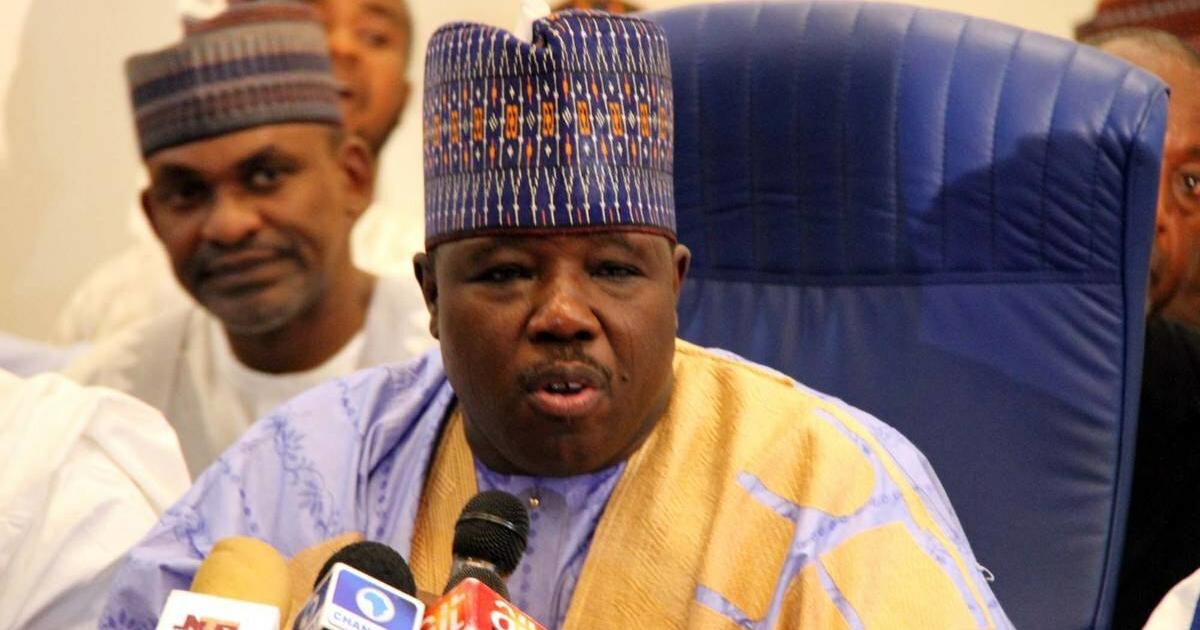 He said if he was elected as the APC’ s next helmsman at its forthcoming national convention billed to hold before the end of 2021, he would meet the aspirations of all party members.

“I will be bringing in my experience as a leader of the National Assembly. I am coming to the table as someone who understands the terrain and as someone who has ran political parties in different aspects.

“I am not a newcomer. I am not a novice. I was the Chairman of the Board of Trustees of All Nigerian People’s Party (ANPP), one of the legacy parties that formed the APC.

“I am bringing to the table my knowledge of who and who worked hard to make sure that we succeed and who and who left because they were angry.

“I will go to their houses and bring them back. So, I am bringing a package that will meet the aspirations of every man and woman of this party,” he said.

Sheriff said he had been going round the country, making consultations and discussing with leaders of the party of his intentions and aspirations.

He noted that the APC as a political party was about six –and-half years, saying that it was a combination of different political parties.

Sheriff said the APC needed someone who had served in different capacities, adding that there was need to build bridges across the country.

He said though the APC was only six years in government, its aspirations was to be in government for the next 30 to 40 years.

He, however, noted that achieving such an aspiration would not come on the platter of gold, but with hard work and dedication of party members.

The two-term former governor said he was reaching out to party leaders, the youth, women and other groups within the party.

He said the essence was to tell them that they must come together to get the APC to rule for the next four decades by the grace of God.

“To do that you need a rugged captain, you don’t need a captain that will capsize the ship.

“A ship has to be navigated by a knowledgeable person who knows the waters and I believe I can do that for our party if given the opportunity by party men and women who are the decision makers.

“There are so many people in the field but you can look at everybody and see where you can put your deposit. We don’t want a bank that will collapse after a short period,” he said.

Sheriff, described as a strong-willed individual, said he would continue to consult the party’s critical stakeholders, visiting them in their homes until everybody was consulted.

He said contrary to speculations, he had consulted with the people of Borno, his home state, including Gov. Babagana Zulum.

“Maybe, it is just a perception, but I discussed with all the stakeholders in Borno about my ambition. I talk to them one on one.

“I have gone and discussed with the governor, who is the leader of the party in the state about my ambition and aspirations.

“You don’t go out without talking to your home base, in that respect, I have been talking to all of them,” he said.

He added that speculation that he was not in talking terms with some of the party’s stakeholders in Borno was not correct.

He maintained that he had no problem with anyone, adding that he had been carrying all the party’s critical stakeholders along in his aspirations.

According to him, you don’t for whatever reason, help people and start fighting them.

“I was a governor for eight years, I have been in Senate several times. I am not looking for any of these positions again because I have already gone past them.

“I’m not looking for anything that someone from Borno is looking for, therefore we will work together to achieve this position for all of us,” he said.

Asked if he was sure of being accepted as APC next national chairman by its governors, Sheriff said he had been visiting and consulting with the governors as the party’s leaders in their states to sell his candidacy to them.

“They are leaders of this country in all aspects of life. Anybody who can run a state, elected by his people to become a governor must be respected.

“Therefore, I am sure every governor will like his party to always win and will want to see a chairman that if the opposition see, they know that they cannot play with the party.

He said that he did not have any problem with any governor and would not have problems working with any of them because he had absolute respect for them.