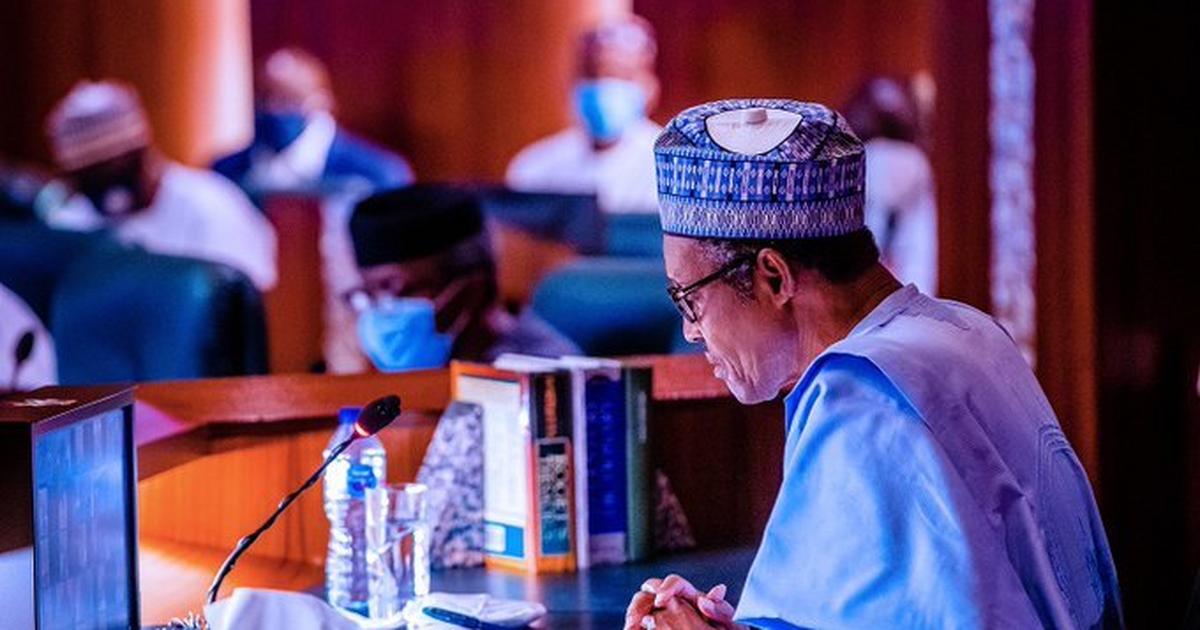 He further warned that the gains of the party could be reversed as conflicts overshadow the primary objective of service to the people, urging members to refocus on the larger picture and place more emphasis on uniting the party.

He said: “Fellow party members, this is a very crucial moment in the life of our party and it is with a deep sense of concern that I stand before you today to speak as the President of the Federal Republic of Nigeria who has been elected on the platform of our great party – the All Progressives Congress.

“The issues currently confronting our party at this time are such that should worry every party member. At the moment, our great party is faced with internal wrangling; there are on-going litigations amongst some party members and we cannot clearly ascertain the status of certain National Working Committee (NWC) members.’’

The President expressed worry over the shifting loyalty within the party and inconsistency in leadership, which had opened the governing party to mockery.

“There are also other associated disputes as to the legitimacy or otherwise of holders of certain National Offices of the Party. The Party is also contending with Judicial claims and counter-claims, Orders and Counter-Orders and indeed Judgments and Counter-Judgments that are predominantly at cross-purposes.

“Confronted with these issues, it is obvious that the fortunes of the party are currently in jeopardy, administration of our party is becoming impossible and there is consequently an urgent need for intervention to immediately arrest further drifts and internal wrangling which may lead to total disintegration.

“What we see clearly emerging, is that we are beginning to self-destruct. This, my dear party members, is not just regrettable but utterly gut wrenching.’’

“The meeting may adopt the developed resolution as contained in the agenda and pass resolutions including: approving the immediate discontinuation of all pending litigations involving the party and its members; ratifying the primary election conducted in Edo State; dissolving the current National Working Committee, and appointing caretaker/Extra-ordinary Convention Planning committee for the party.’’

The President also reiterated the need to discontinue all litigations involving members of the party, which were connected to issues of the party.

“The directive had been issued before, unfortunately some members failed to heed the directive. Thus, at this time, it must be made a Resolution of the Party which must be effectively enforced with dire consequences for members who choose to ignore the directive.’’

The President said in order to return to the “winning ways’’, the APC must maintain cohesion by closing its ranks.

“We must be alive to the time and the task that is before us. As we all know, we are immediately confronted with the upcoming gubernatorial elections in Edo and Ondo States.

“Therefore, this is the time to get our acts together.’’

Other members of the Committee include Governors of Osun, Adegboyega Oyetola and that of Niger State, Alhaji Abubakar Bello.