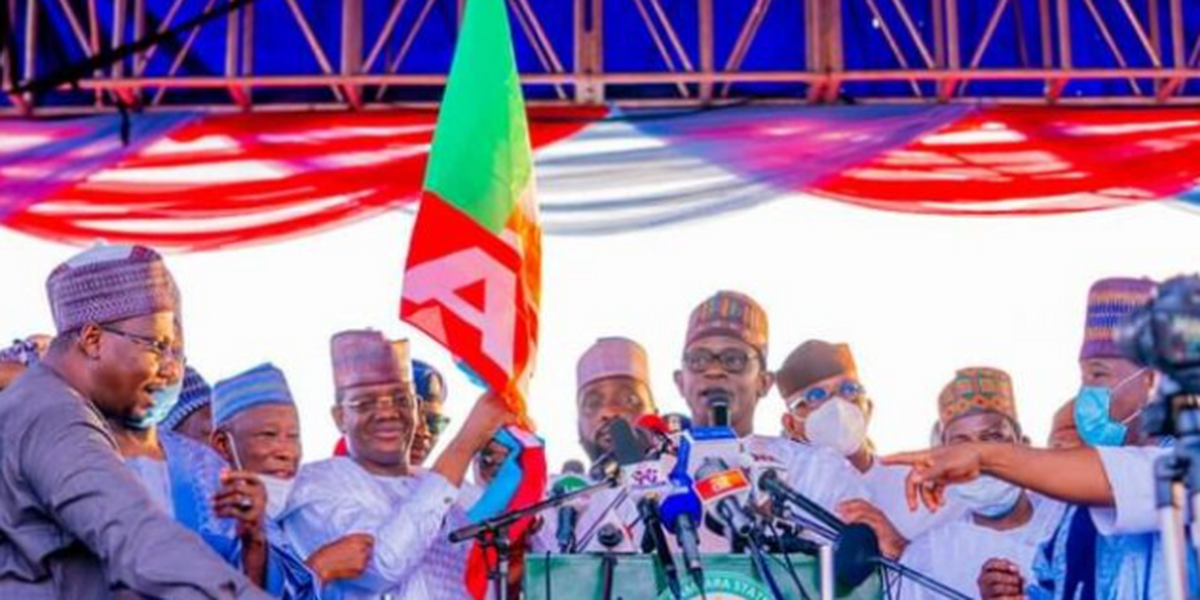 The letter a copy of which was made available to the News Agency of Nigeria (NAN), on Sunday in Gusau, said the dissolution was with immediate effect.

“I write to please inform you that following recent development within the party in the state, the APC Caretaker Extraordinary Convention Planning Committee (CECPC) has approved the dissolution of all the leadership organs of the party in the state (ward, local government and state executives).

“This development is with immediate effect,” the letter read in part.

It further said that a three man caretaker committee has been constituted to run the affairs of the party in the state.

The CECPC extended its appreciation to the dissolved executives and urged them to give necessary support to the new leadership of the party in the state.

The News Agency of Nigeria (NAN) reports that the change in leadership followed the defection of Gov. Bello Matawalle from the PDP to the APC.

Matawalle was received into the APC on June 29, by his Yobe counterpart and Chairman of the CECPC, Mai Mala-Buni.

Matawalle was also declared the party’s leader in the state as enshrined in the APC constitution.