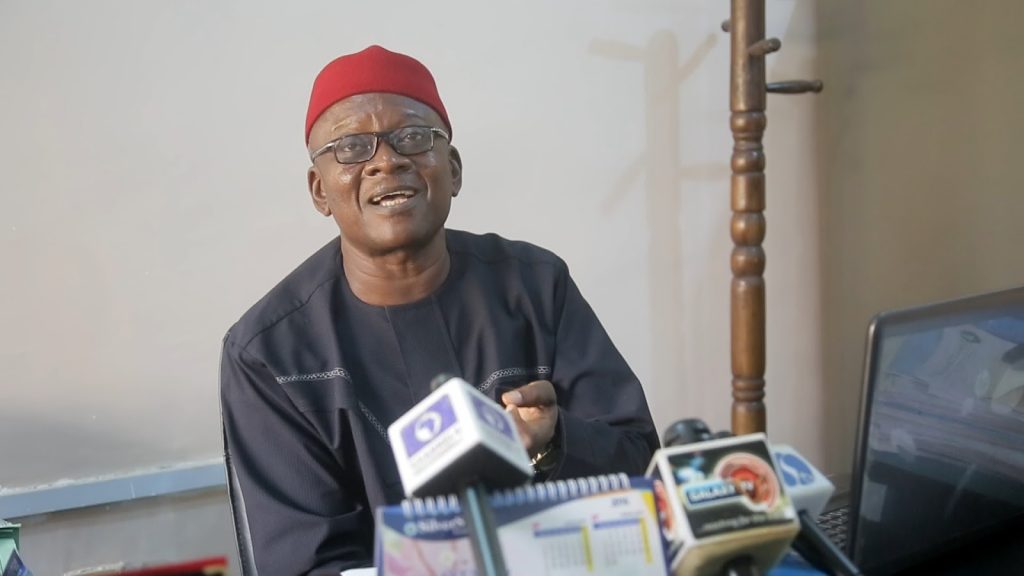 Professor Vitalis Ajumbe, a chieftain of the All Progressives Congress from southeast Nigeria, has called out party members opposed to the leadership of the Chairman of the APC Caretaker Extraordinary Convention Planning Committee (CECPC) and Yobe State Governor, Mai Mala Buni.

He posited that those seeking for the dissolution of the Buni-led Caretaker Committee are chasing shadow, and have deliberately refused to admit the laudable gains recorded so far by the committee.

Ajumbe, a former Commissioner for Information, Tourism and Public Utilities in Imo State, who spoke with DAILY POST on Thursday, explained that Governor Buni led CECPC has successfully repositioned the APC to remain formidable as the ruling party in the country, saying that the progressive party under Buni’s leadership has become fortified to retain power at the centre and at the state in 2023.

He pointed out that APC’s National Caretaker committee deserves accolades for attracting to the APC fold, Governor Dave Umahi of Ebonyi State, Governor Ben Ayade of Cross Rivers State and Governor Bello Matawalle of Zamfara state, and as well as senators and some leaders from the opposition party.

Professor Ajumbe commended the Governors of the All Progressive Congress for the recent reaffirmation of their vote of confidence in the Mai Mala Buni led CECECC on its impressive performances since assumption of office.

He further noted the membership Registration and revalidation exercise embarked up led by the Mala Buni’s CECPC has further energized the APC ahead of the 2023 general elections.

Ajumbe, who was Imo State Chairman of defunct All Nigeria Peoples Party, ANPP, one of the legacy Parties which formed the APC, admonished new entrants into the APC from other political parties, to have good intentions and resist the temptation of causing disharmony in the party, or nurse a hidden agenda aimed at bringing discord in the APC.

According to him, those coming to the APC from the PDP and other opposition parties, should be committed to the ideals of the party.

The frontline politician however called on the national leadership of the All Progressive Congress to continue to ensure peace and harmony among stakeholders and members of the party across the country.

In the meantime, former National Chairman of the All Progressives Congress (APC), Comrade Adams Oshiomhole has denied a suggestion that he was plotting to return to office.

Oshiomhole, in a statement by his Media Aide, Victor Oshioke, in Abuja on Wednesday, described the speculation as untrue.

He, however, reaffirms his loyalty to the APC under the able leadership of His Excellency, Governor Mai-Mala Buni.

The statement partly read: “Ordinarily we would have ignored this nonsensical suggestion.

“However, it’s pertinent to set the records straight and put to rest this ridiculous falsehood being marketed by Eze Chukwuemeka Eze.

“This’s an opportunity to further reaffirm Comrade Adams Oshiomhole’s loyalty to the APC under the able leadership of His Excellency, Governor Mai-Mala Buni.”

44 mins ago A. Doris Ehujuo