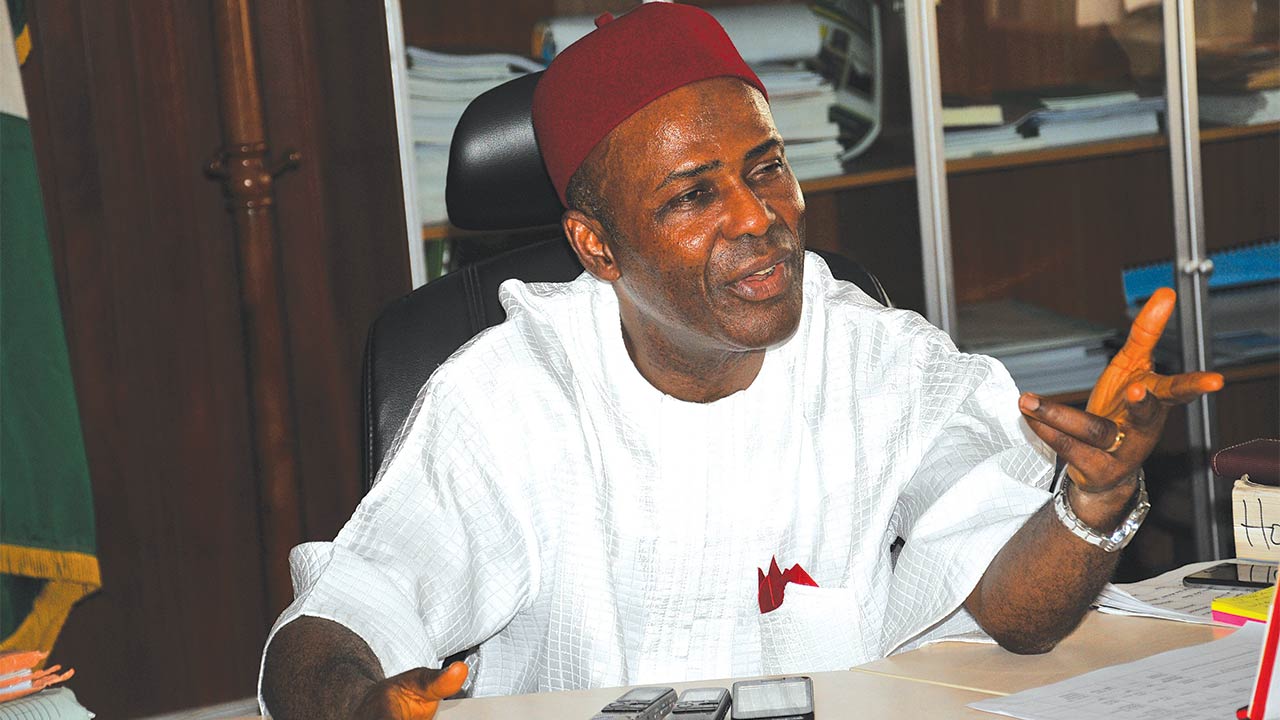 Minister of Science and Technology who is also the leader of South-East zonal caucus of the ruling All Progressives Congress, APC, Dr. Ogbonanya Onu, has urged all members of the party in the zone to close ranks ahead of the 2023 general elections.

He said it would be difficult for the party to make meaningful progress in an atmosphere of rancor and disunity.

He urged aggrieved party faithful in the zone, particularly Enugu State, who recently reconciled their differences, not to go back to the trenches, saying, “you must sheath your sword for the interest and progress of our great party.”

The Minister spoke via a chieftain of the APC and immediate past National Vice Chairman of the party in South-East, Hon. Emma Enukwu.

In a goodwill message to the members of the Enugu State Executive Committee (Exco) during their meeting yesterday at the party’s Secretariat, in Enugu, he regretted that internal crisis has done serious harm to some of the state chapters of the party in the zone.

He posited that the region cannot record positive feats in future elections, including 2023, if the house remained disunited, insisting that, “for us to win elections, we must come together and work as one big political family. And we must always make peace our watchword.”

Enukwu, who was at the Enugu APC Secretariat with National officers of the party from the zone, as well as state chairmen, stated that APC has the capacity to wrestle power from states currently being governed by other opposition political parties in the region once they are united.

He, however, alleged that the protracted crisis that has been rocking some of the states in the zone, especially Enugu, was caused by some selfish elements within the party being used by outside political forces.

“I want to encourage us, let’s be using our brain and wisdom, because APC Enugu State has suffered enough crisis. Let’s say no to anything called crisis again. We are happy to read in the papers that the crisis in Enugu has been resolved,” he said.

Our Correspondent reports that members of the Enugu APC had during the meeting through a motion by an Exco member, Mr. Felix Ebubeagu, passed a confidence vote on the Minister of Science and Technology, Dr. Onu, Chief Enukwu, Enugu State Chairman, Dr. Ben Nwoye and his colleagues for their pragmatic and purposeful leadership.

In a brief remark, Enugu State Chairman of the party, Dr. Nwoye had informed the APC leaders that the State chapter under his watch had reconciled all warring groups, adding that, “we now have one united APC in our state.”

He disclosed that following the development, a Contact and mobilization committee headed by Comrade Adolphus Ude was recently set up by the Exco with a view to strengthening the party in the State, adding that APC was prepared to participate in the forthcoming House of Assembly bye election in Isi Uzo council area of the State.