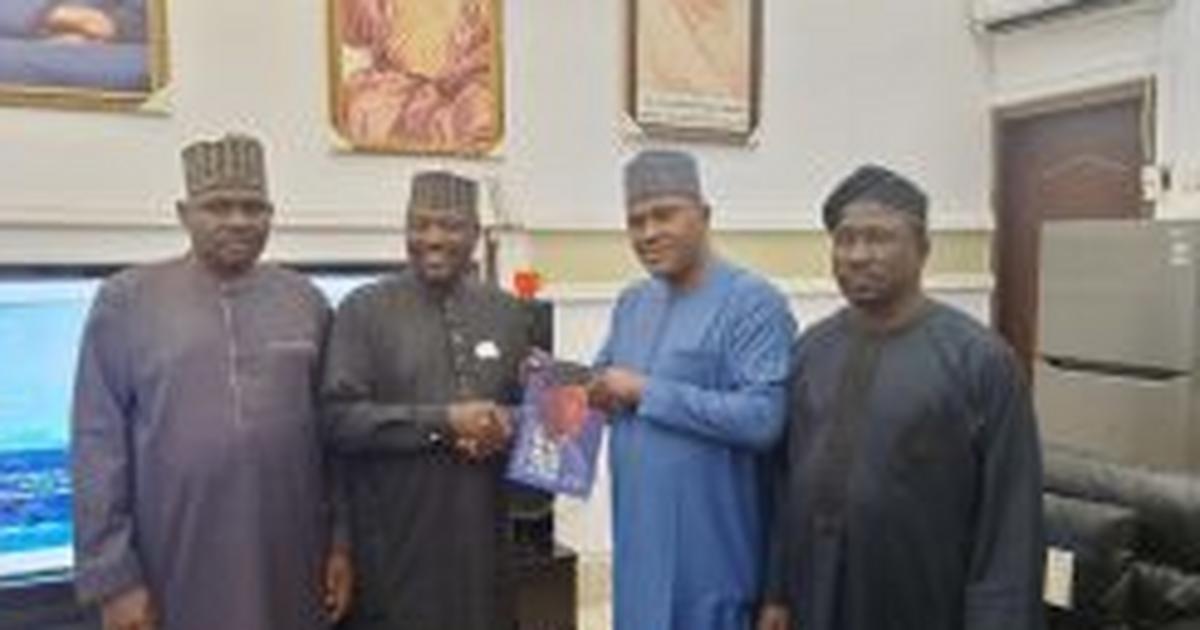 The News Agency of Nigeria (NAN) reports that 49-year-old Mustapha is said to be the youngest of the aspirants vying for the position of APC’s national chairmanship.

He is a long standing ally of President Muhammadu Buhari right from the latter’s days in the defunct All Nigerian Peoples Party (ANPP) through to the CPC.

The stakeholders of the party in the North Central met on Sunday in Ilorin under the auspices of the North Central APC Central Advisory Council, and endorsed the candidature of Mustapha as the next national chairman of the ruling party.

They premised their decision as an outcome of painstaking search for a unifying figure with zero political and corruption baggage that may affect the chances of the zone in its race for the APC plumb job.

Led by Amb. Christopher Ameh, a former diplomat from Benue, the group said of all the candidates contesting for the position of the national chairman of the APC, only Mustapha has the requisite party administration experience and a clean slate to challenge other big shots from other regions.

Also speaking, a former Speaker of the Kwara State House of Assembly, Pastor Benjamin Yisa, the convener of the meeting, said Mustapha is a unifying figure in the party in view of his vantage age and geopolitical demography.

Yisa also urged President Muhammadu Buhari to ensure that only a candidate with no political baggage leads the party into the next cycle of elections.

On his part, a former gubernatorial aspirant under the defunct CPC from Nasarawa State, Malam Ahmed Goringo, pointed at Mustapha’s loyalty and his ability to rally support among all party members.

“Any one in doubt of Saliu Mustapha’s loyalty to any cause he believes in is free to take a look at his antecedent.

“Here is a man that has been with President Buhari through thick and thin right from the days of The Buhari Organisation (TBO).

“We were together in the Congress for Progressive Change (CPC) and like he did back then, we see him as the most likely to inspire confidence in a larger majority of APC members as a result of his good relations with all strata of the party,” Goringo said.

The North Central APC central advisory council comprised former members of the National Assembly, former speakers and members of the state houses of assembly, and serving and former commissioners and other top stakeholders of the party from the the zone.

The stakeholders are convinced that the geopolitical zone deserved to produce the next national chairman, even though the Caretaker Extraordinary Convention Planning Committee (CECPC) has not taken a definite stance on zoning of party positions.