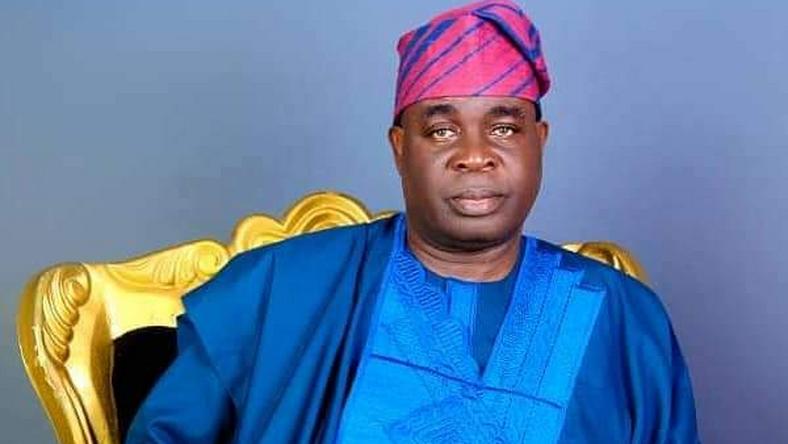 The News Agency of Nigeria (NAN) reports that the 21 chapter, 140 pages book chronicled many lies told by politicians to win votes during campaigns.

According to him, the book is targeted mainly to educate the electorate on how to vote for candidates seeking their franchise, adding that if the electorate votes wrongly, it will live with them for another four years.

“I sat down and examined issues through which we win election and I discovered that some of these issues may be there, they are important, but they are being manipulated to miseducate the public to put people in political authority which at the end of the day does not augur well for the people.

“So, my motivation is borne from consideration for the people of Nigeria. The book is more to the people than the politicians.

“Politicians must deceive, they are like applicants; they are applying for jobs and if they should deceive people to get the job, they will do it.

“It is left for the electorate to know that we will no more tolerate the deceit. This deception that is giving us bad governance from election party to another is not the best.

“I want to use the book to educate the people about the lies of people in authority.

“I want the NGOs to use the book and a sensitisation manual to several people so that they will know when a politician is telling a lie,” Iyiola said.

He said politicians would employ lie, adding that it is left for the electorate to identify a lie from genuine promise during campaign.

Iyiola said what he discussed in the book were the variables that made politicians to win elections in the country.

“The variables, in fact are in existence. It is the manipulations of the variables that make them lies that is the focus of this book,” he explained.

Iyiola said the variables that politicians turned to lies were centred on ethnicity and population, religion, money, Godfatherism, community conflicts, politics of imposition, wealth and fame, docility of the electorate, poverty and nebulous federalism.

According to Iyiola, the only way to defeat the political lies captured in the book was through all rounds sensitisation for consciousness among the electorate.

“This indeed is the attempt of this book. This book is to expose the lies of political actors so that they will not through the lies lead the people to the gallows all the time,” said the author.

APC chieftain, Malam Saliu Mustapha, who was chief launcher, commended Iyiola, the author for his vision and efforts to document a very comprehensive account from a personal point of view.

“Some of the issues afflict our body polity in Nigeria at the moment. I hope that this effort will be sustained.

“Against the background of the issues raised in the book, I should like to urge us all, the political class, whether ruling or opposition to embrace a more transparent approach to winning election.

“If we are sincere with ourselves as political elites, we will realise that it is an accumulation of the desperate lies of the political class that has brought Nigeria to its present quagmire on security and ethnic agitations.

“The task to de-escalate solely resides with us. We better get down to it, and quick, to salvage our failing sectors,” Mustapha said.

Reviewer of the book, Prof. Mojeed Alabi said the book contained 21 chapters of the “lies” behind the winning tricks of the average Nigerian politician.

He said politicians have unwittingly come to place the desire to win elections over and above the goal of good governance which was the essence of democratic tenets all over the world.

“The big lies that politicians tell the gullible masses to bamboozle their way into the corridors of power in Nigeria have included blatant lies and deceits, according to the book,” he said.

Alabi, a former speaker of Osun House of Assembly, added that politicians lie because the electorate enjoy the lies.

“We enjoy such lies once they are in accord with our personal prejudices, idiosyncrasies and beliefs,” he added.

NAN reports that the book presentation was attended by APC chieftains in Kwara and outside the state.

The Minister of Information and Culture, Alhaji Lai Mohammed, who was the Chairman of the occasion, was represented by Rep. Jide Jimoh, member representing Lagos Mainland.

Gbajabiamila says everyone to blame for Nigeria’s problems