The movie star took to her Instagram Stories on Thursday, September 2, 2021, where she called him out over their relationship.

“I am a patient woman. I am not a fool innocent. Your family never loved me from the beggining. No matter how hard I tried. I was never worthy to them,” she wrote. 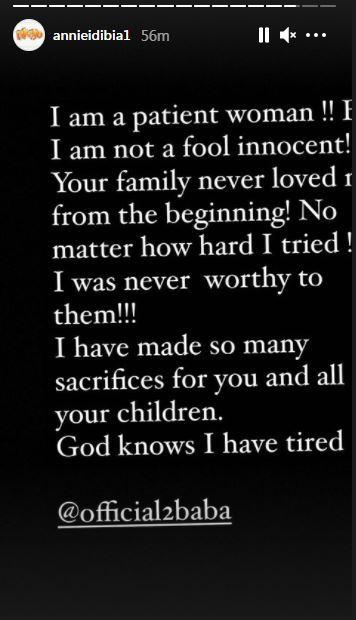 “I have made so many sacrifices for you and all your children. God knows I have I tried. Your baby mamas constantly use your children as an excuse for all sort of rubbish.”

I try to stay gracious. You are not the first man on the planet to have kids by different women. You can do better. Everything I do is to show the good human that you are.” 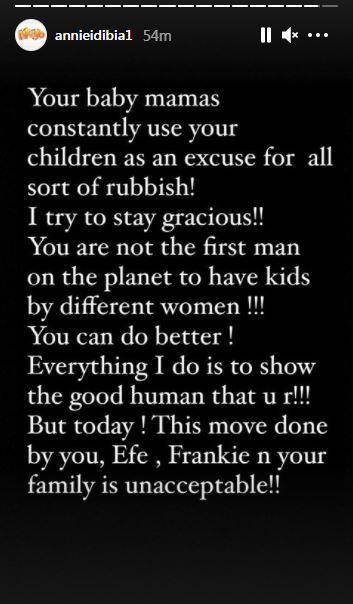 “But today, this move done by you, Efe, Frankie and your family is unacceptable.”

She went on to call him out for sleeping at the house of one of his baby mamas, Pero for days, during his trip to the United States of America. 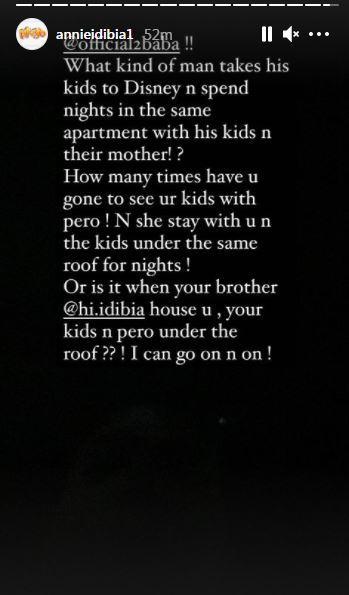 “What kind of man takes his kids to Disney and spend nights in the same apartment with his kids and their mother? How many times have you gone to see your kids with Pero? and she stay with you and the kids under the same roof?”

Pero is 2Face’s first baby mama who gave birth to three kids for the music star.

She has been at loggerheads with Annie for years now. 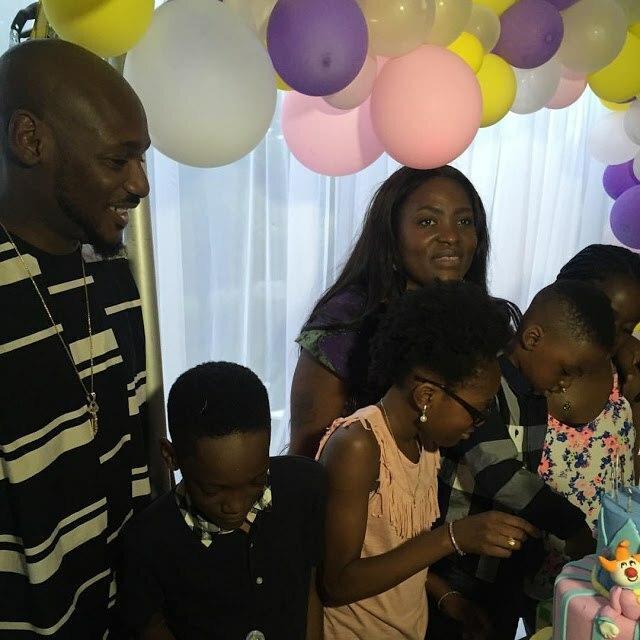 Their rift can be traced back to 2015 and 2016 when they both called each other out on social media.

Their frosty relationship took a front burner when photos of 2Face Idibia reportedly kissing Pero at the singer’s nightclub back in 2015 broke the Internet.